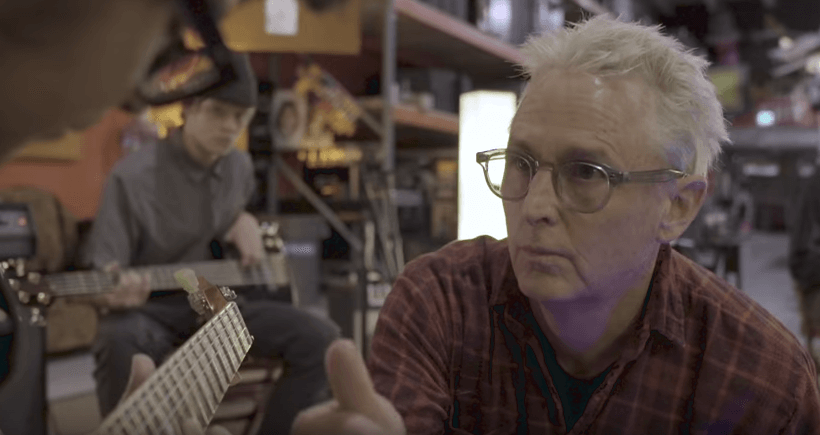 Music is for many people one of the most important tools of transformation in life. It helps heal emotional pain, going through difficult times and may well be a mechanism of social and professional evolution.

This is one of the principles of the United States Treehouse NGO. The institute works by providing structure and tools so that unaccompanied youth living in orphanages can develop skills and run after their dreams in life. 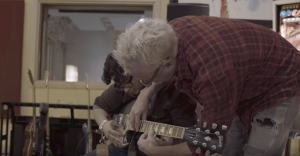 Recently the NGO teamed up with guitarist Mike McCready of Pearl Jam to provide a unique experience to five young musicians in training who had never played together before: the opportunity to join Mike to record an original song.

Students Franky, Sergio, Logan, Rickard and Joseph, who had never played together before, met with McCready and some Pearl Jam audio technicians to learn how to set up their instruments and equipment correctly, and along with audio engineers have learned the basics for recording a studio track. 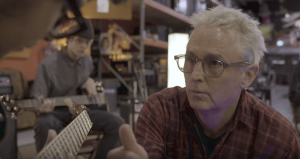 After only 2 hours, the group comprised the track “Try So Hard”, which will be released through the HockeyTalker Records label and will have the amounts collected reverted to the NGO. The song also features the participation of rapper Franky Price.

Despite the help, Mike told Rolling Stone magazine that the merit of the song is the whole of the boys.

“The music simply happened organically. We were all sitting together and it was amazing how everything got together the right way. The guys had rap lines rolling, beat boxing, a little guitar, bass and drums. They created a song and I got the chance to play along. Usually things do not happen that way, and it was pretty cool”.

Mike was still positively impressed to see the sense of excitement and enthusiasm that everyone developed around creating the song.

“People respond to your honesty when we talk about the song you are creating. I could see that on those guys. They all met for the first time that day, so everyone was walking on the line a bit. It is a tense situation, especially for those who are still learning. But everyone took the risk and tried”.

The Treehouse channel on Youtube has made a making of the composing and recording process where you can listen to the track a bit and follow up interviews with the students and Mike himself.