Sir Paul McCartney joined Muse for a cover of The Beatles’ “Helter Skelter” during a band show.

The performance took place last Tuesday, 16, when the group invited the former Beatle to take the stage. A video posted on the official Instagram of vocalist Matt Bellamy shows him and McCartney singing the 1968 classic.

Present on the album The White Album, the track was composed by the duo Lennon-McCartney and is considered by many the first Hard Rock / Heavy Metal song in history.

Watch an excerpt from the presentation below:

Just did Macca with Macca #walkinglegend

“Helter Skelter” is a Beatles song composed by Paul McCartney, credited to the duo Lennon-McCartney, and released on the album The Beatles or “White Album” from 1968. It is considered by many to be the first Hard Rock / Heavy metal song from history.

Paul was in Scotland, reading a 1967 issue of Melody Maker, a music magazine, when he read an interview with guitarist Pete Townshend that the last single “I Can See For Miles” was a higher, noisy That what I had already done. But when Paul came to hear her, he realized it was not so noisy. He judged it to be an “organized noise,” and he tried to compose this song by trying to make his own loud and dirty hoarse. 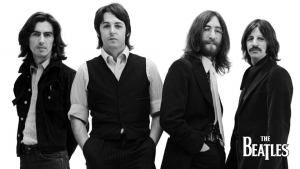 Helter skelter is the name of a very popular British toy consisting of a spiral-shaped toboggan. Paul talks about Barry Miles’s “Many Years From Now” book: “I used the helter skelter toy symbol as a way from the top to the bottom – a rise and fall of the Roman Empire – and this was the fall, a decadence, a going to the bottom.

You may think that it is a title as well as a place as a reference, since when Manson took it as a hymn, how much as versions like punk bands did for being a dirty rock.