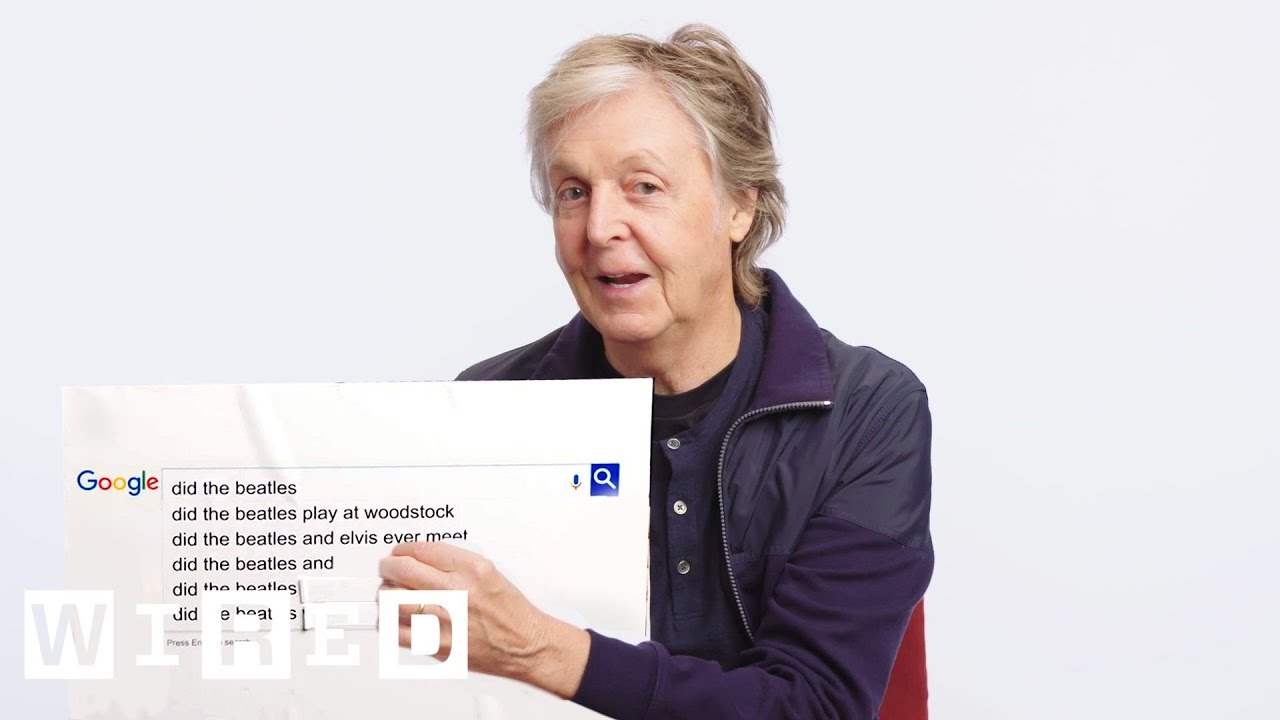 Google has an autocomplete technology nowadays to help you find quicker what you are looking for, when you type something on the search, he autocompletes giving you suggestions for what you might be looking for, and those are the most searched things for that specific topic. Wired took those results related to Paul McCartney and asked him to answer the doubts from the users.

Why is Paul McCartney’s nickname “Macca”? Why did Paul write “Let It Be”? Did the Beatles play at Woodstock? Paul answers all these questions, and more!

McCartney’s new album comes five years after New and, in some arrangements, remembers its predecessor, with a big difference that is explained by the meaning of the title. While New followed a modern and well-matched direction between its tracks, Egypt Station functions as a musical train, which parks on different stations and delivers absolutely different songs to each other, as exemplified perfectly by its two distinct first singles, “I Do not Know “and” Come On To Me. ”

Surprisingly, the end result really sounds like a trip, and at no time does it sound like a patchwork quilt. At age 76, Macca remains more than capable of traveling across different genres, and innovates them in a unique sense. Even more curiously, McCartney not only continued to create new musical waves, but also presented a jovial personality that had not appeared so naturally in his work for a long time.