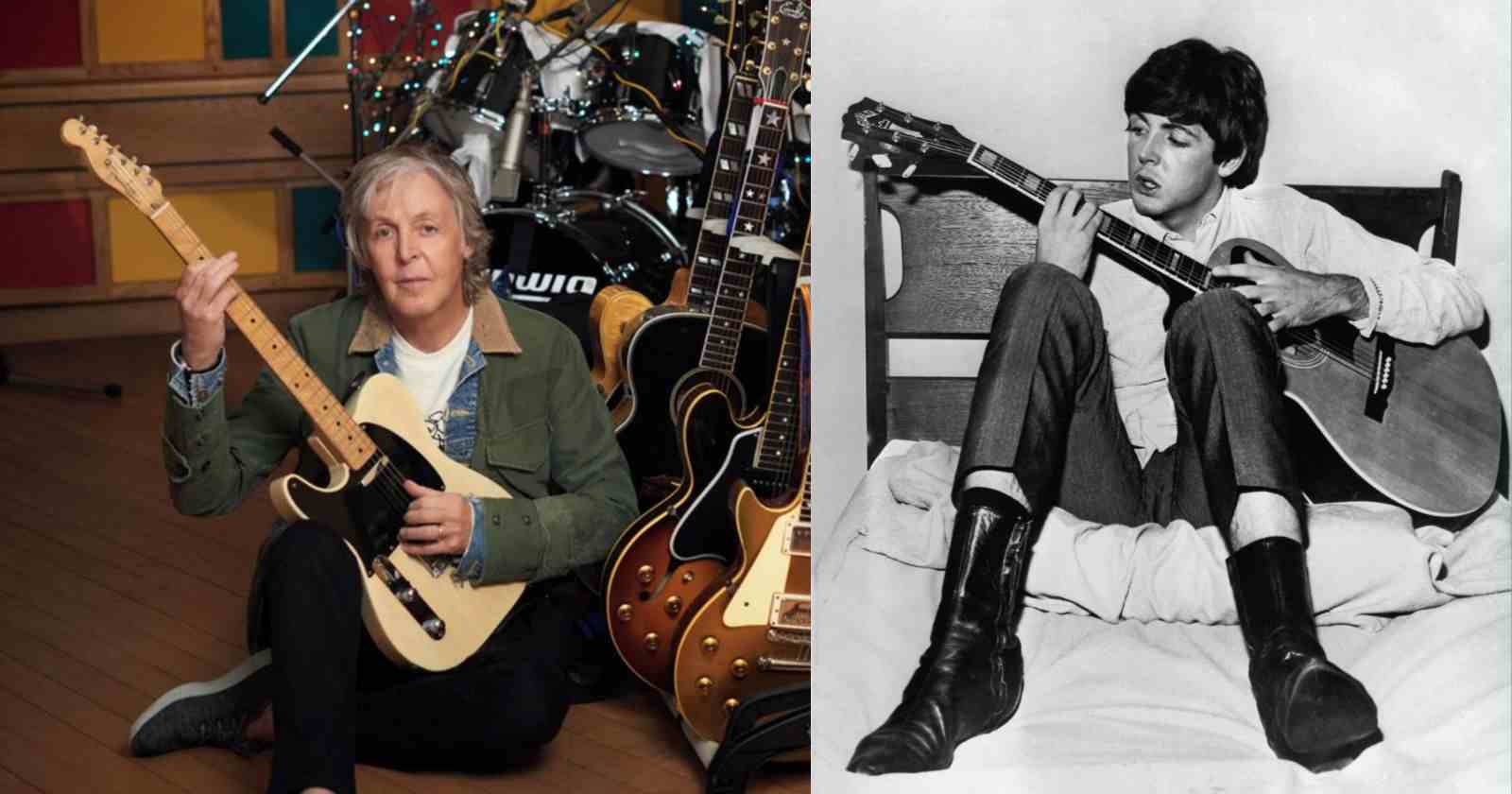 Legendary Beatles bassist and singer Paul McCartney revealed in an interview with Classic Rock magazine back in 2007 who were his favorite guitarists whe he was growing up. The musician also talked if he liked Country Blues music at that age.

Paul McCartney said about his favorite guitarists of when he was young:

“Well, my interest in fingerpicking came from Chet Atkins. I remember a lot of us tried to learn Trambone, an instrumental that’s on an album of his called Down Home. Otherwise I loved Carl Perkins, Chuck Berry, Buddy Holly and [skiffle great] Lonnie Donegan’s guitarist, Denny Wright, who was fantastic. I liked acoustic folk playing by Woody Guthrie and Ramblin’ Jack Elliott.”

Chester Burton “Chet” Atkins (June 20, 1924 – June 30, 2001), known as “Mr. Guitar” and “The Country Gentleman”, was an American musician, occasional vocalist, songwriter, and record producer who, along with Owen Bradley and Bob Ferguson, helped create the Nashville sound, the country music style which expanded its appeal to adult pop music fans. He was primarily known as a guitarist. He also played the mandolin, fiddle, banjo, and ukulele.

Carl Lee Perkins (April 9, 1932 – January 19, 1998) was an American singer-songwriter who recorded most notably at the Sun Studio, in Memphis, beginning in 1954. Amongst his best-known songs are “Blue Suede Shoes”, “Matchbox” and “Everybody’s Trying to Be My Baby”.

Charles Hardin Holley (September 7, 1936 – February 3, 1959), known professionally as Buddy Holly, was an American singer-songwriter who was a central and pioneering figure of mid-1950s rock and roll. He was born in Lubbock, Texas, to a musical family during the Great Depression, and learned to play guitar and sing alongside his siblings. His style was influenced by gospel music, country music, and rhythm and blues acts, which he performed in Lubbock with his friends from high school.

Denys Justin Wright (6 May 1924 – 8 February 1992), known professionally as Denny Wright, was a British jazz guitarist. A session musician for many years, Wright frequently acted as arranger and “fixer” for recording sessions. He was a prolific jazz and orchestra composer and led many bands, from small ensembles to night club bands to orchestras. Also worked with Latin American and Jamaican bands, including Kenny Graham’s Afro-Cubists and Mike McKenzie (jazz musician)’s Quartet. Also played with the Carl Barriteau orchestra, the Decca Records house band under Phil Green, and occasionally the Glenn Miller band. Wright was voted the 1980 BBC Jazz Society Musician of the Year.

Woodrow Wilson Guthrie (July 14, 1912 – October 3, 1967) was an American singer-songwriter, and one of the most significant figures in early American folk music. His work focused on themes of American socialism and anti-fascism. His music includes songs such as “This Land Is Your Land”, written to oppose the American exceptionalist song “God Bless America”, and has inspired several generations both politically and musically.

Elliott was born in 1931 in Brooklyn, New York, United States, the son of Florence (Rieger) and Abraham Adnopoz, an eminent doctor. His family was Jewish. He attended Midwood High School in Brooklyn and graduated in 1949. Elliott grew up inspired by the rodeos at Madison Square Garden, and wanted to be a cowboy. Encouraged instead to follow his father’s example and become a surgeon, Elliott rebelled, running away from home at the age of 15 to join Col. Jim Eskew’s Rodeo, the only rodeo east of the Mississippi.

In the same interview, Paul McCartney also talked about if he was a Country Blues fan

Were you ever a big country blues fan? Songs like Three Legs [Ram] and Bip Bop, from your first album with Wings, Wild Life, have a rural blues flavor about them.

“I listened a lot to Lead Belly, to all of those guys. But I never got stuck in one groove. One day it would be ‘Oh wow, Chuck Berry!’ and the next, ‘Oh wow, Scotty Moore!’ I was a bit of a magpie, really, picking up various styles and gradually assimilating them. It’s probably a bit of the same in my vocal thing, you know. I loved Elvis and sang some songs trying to be like him. But then I also had my Little Richard stuff.”