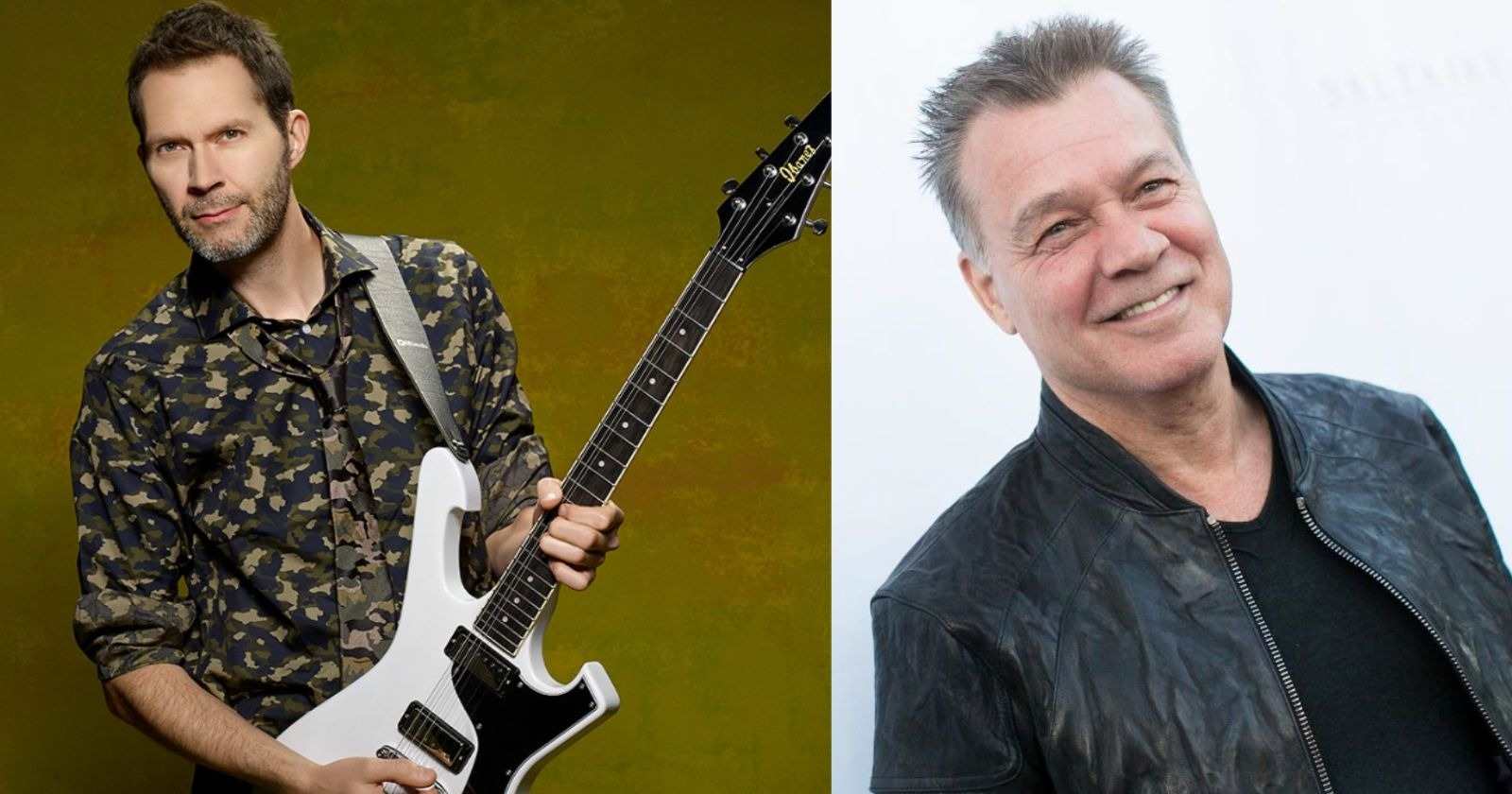 Mr. Big guitarist Paul Gilbert recalled in an interview with Ultimate Guitar about when he met Eddie Van Halen. He revealed that the musician played for him an unreleased Van Halen song with Sammy Hagar singing.

Paul Gilbert said when asked if he ever jammed with Eddie Van Halen:

“No; I hung out with him at his studio for an afternoon once, but we never jammed. I think one of the reasons. And I don’t want to categorize Eddie as a metal player because he has so much depth and blusey-ness to his playing. But one of the nice things about getting into styles like jazz and blues is that you can jam over stuff.”

“To me, anything that has metal in it, it’s not the right vehicle for jamming. If you have metal in your music, you rehearse and you plan and you compose. You put together this indestructible thing that is the same every time.”

“Eddie is a great improviser and he would have his moments, but in general, it’s not jamming music. There’s not a part of a song that goes on as long as you want it in a blues tune.”

“That’s one of the great joys for me getting into the blues more is that suddenly, jamming makes sense. I feel like it’s a shame that I got to hang out with Eddie and we never picked up guitars but I don’t think it occurred to either of us. It certainly didn’t to me. Because jamming isn’t really what we do. If we were going to play together, we get a band, pick a song, and prepare.”

What did you and Eddie talk about? 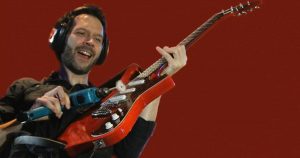 “Let’s see – it was right at the time when Sammy [Hagar] was out of the band. My guess is that Eddie was wondering what to do because his band didn’t have a singer. One thing that was really cool was he played me an unreleased Van Halen song that had Sammy on it. I thought it was great.”

“But then Eddie said, ‘Check this out.’ And he played me the same song with Sammy’s vocal muted and Eddie playing the vocal line on guitar. And it was killer. I had never heard Eddie do anything like that because usually, he gives the role of a singer to a singer.”

“He never does that Satriani or Jeff Beck sort of thing where they play the vocal melodies and take on the role of a vocalist. To hear Eddie do that, it was really cool. I wish I knew him better because I would have told him to do that more and do a whole album of that stuff. So it was really great. It didn’t strike me as something he even spent a lot of time on.”

“And It was more like something where he was like, ‘Let me throw this on there,’ but it was masterful. It was really great. So, as a Van Halen fan, I’d love to hear anything [new from them] but that would be really cool to get him out of whatever he’s doing and make some music.”