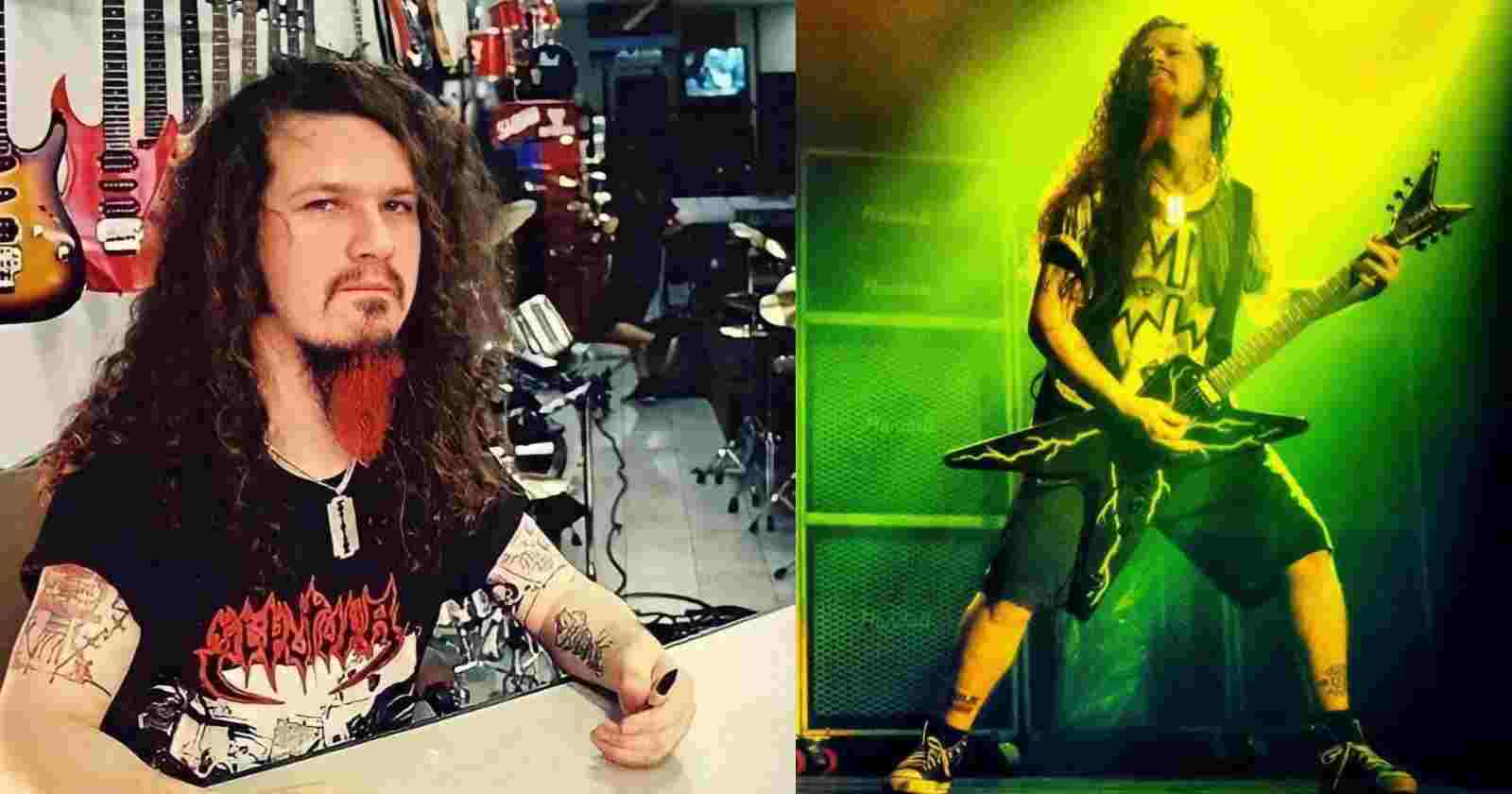 Pantera was one of the biggest Heavy Metal bands of the 90’s and are still an influence to many bands of the genre. Guitarist Dimebag Darrell unfortunately died tragically at the age of 38 back in 2004 when an crazy fan shot him during a concert. In an interview with Guitar World back in 1993 he listed his 13 favorite Heavy Metal songs of all time and explained why.

Pantera’s Dimebag Darrell and his 13 favorite Metal songs of all time:

“The first time I heard Crazy Train I was crashed out in bed, definitely not wanting to get up and go to school, when my brother Vinnie Paul came in and cranked it up. I heard that opening bass line and Ozzy going ‘I-I-I-I,’ then Randy coming in with that classic riff. That song just busted me in the ass. I was out of bed, dressed, and in school-on time for the very first time! Randy played a lot of cool slurs, where he would slide his pick down the top E string, and I definitely picked up on that.”

“Glen Tipton and K.K. Downing are the gods of double-guitar axemanship. They almost fit into the Jimmy Page mold as classic guitarists. Again, they had great tones and unique styles. And I love those quick little fill leads in Rapid Fire. A lot of the guitarists we’re talking about weren’t just great lead players, but were real band-oriented players. And that’s how I approach playing in Pantera.”

“You don’t need to say much about that song. It’s the ultimate simple tune; it was actually the first song I ever learned. I learned it on the E string, then my dad taught me a chord and I thought it was as heavy as shit. It’s simple, but totally bad-ass. It proves that you can play three notes and still make it killer.”

Black Sabbath “Children of the Sea”

“We used to play that song live. The acoustic intro has some great dynamics, and then Tony kicks in with this simple but hard riff, kind of like Smoke on the Water. Iommi had a monstrous guitar sound on that album. And he had that skidding vibrato technique that was so quick and killer. He hardly ever does a slow vibrato. He started all that de-tuning stuff, which I really learned from him.”

AC/DC “Beating Around the Bush”

“I can’t say enough good shit about Angus’ playing. He really stands out from other players, he has a very original guitar sound, and a killer vibrato. He plays totally clean, like he’s playing through a Marshall on 12 without the gain kicked in – it’s pure distortion, not fuzzy. Beating Around the Bush highlights all of that.”

Iron Maiden “Children of the Damned”

“Both Smith and Murray are real bad-ass players. Both have that rhythm pickup tone happening, and the Children of the Damned lead really shows that. They don’t play too fast, but they play choice notes and work great together. And they have great tones. They also had the ability to play delicate acoustic stuff when they wanted, and could shred with the best when it was appropriate.”

“Ace is god, and the Shock Me solo is killer. The studio version has so much production just in the lead section. I also love the effects on it, especially the phaser on the last note. Man, I get all wound up just talking about Kiss! Ace’s vibrato is what really grabbed me, and I always try to apply that to my playing. He could squeeze so much out of a single note that one note could take the place of 12.”

“I love Hammett’s lead playing, but Hetfield’s rhythm playing is truly phenomenal. He’s the god of chugging riffs, and Motorbreath is a good example of tight, chunky, galloping speed playing. Man, when I first heard that song, I didn’t know what it was! It was so heavy, but real clean. That song really taught me how to play clean, driving rhythms. I don’t know any guitarist that can down-pick like Hetfield, and Motorbreath is a prime example of his expertise.”

Slayer “At Dawn They Sleep”

“Those guys have a real unorthodox style of playing – it’s totally not normal [laughs]. They have unbelievable rhythm chops. Their songs taught me how to play with guts and aggression. The half-time feel on At Dawn They Sleep is really cool, too. I like how they just start and stop out of nowhere, using no time to build up or wind down. They never give you a chance to get into a song: as soon as it starts, they’re battering you over the head, hard and fast,'” Dimebag Darrell said.

“This song is played in F#, my favorite key to wail in. It’s like E – it’s real common, but you can’t beat it. You can write every song on an album in E and not hurt a thing. Your straight E to F# is pure power, and playing leads in F# is awesome because you can do it down in the second fret position. Tunes like Lights Out showed me how to do that.”

“The rhythm section behind the lead in that song is really driving – it’s fire, it’s guts, it’s live, it’s totally jamming! We try to maintain that in Pantera. Even though we don’t use a rhythm guitar track behind my leads, Rex and Vinnie keep things going when I solo – like a rhythm section lead behind my lead,” Dimebag Darrell said.

“Van Halen was a huge influence on me, and Eruption was the song that really leaped off that first Van Halen album. I was a little kid when I first heard it, and I couldn’t believe how Eddie just ripped the strings off his guitar. He played with a fierce aggression – and his guitar sound was unbeatable.”

“That dive bomb sound effect at the song’s end sounded like the world was coming to an end. Because Eddie was so hardcore about his guitar, he made me look at the instrument in a different way – more as a tool to screw around with than something you must play very carefully,” Dimebag Darrell said.

“I’m not a super blues player, but I was exposed to the Texas blues sound while I was growing up, and that definitely rubbed off on me. To me, blues is more of a feel and a vibe, rather than sitting there and saying, ‘Well, I’m gonna play bluesy now.’ And Billy definitely plays with feeling on Tush. My favorite thing about it is where he lets that one note ring out until it dies off, then gets that rattling noise on the frets,” Dimebag Darrell said.