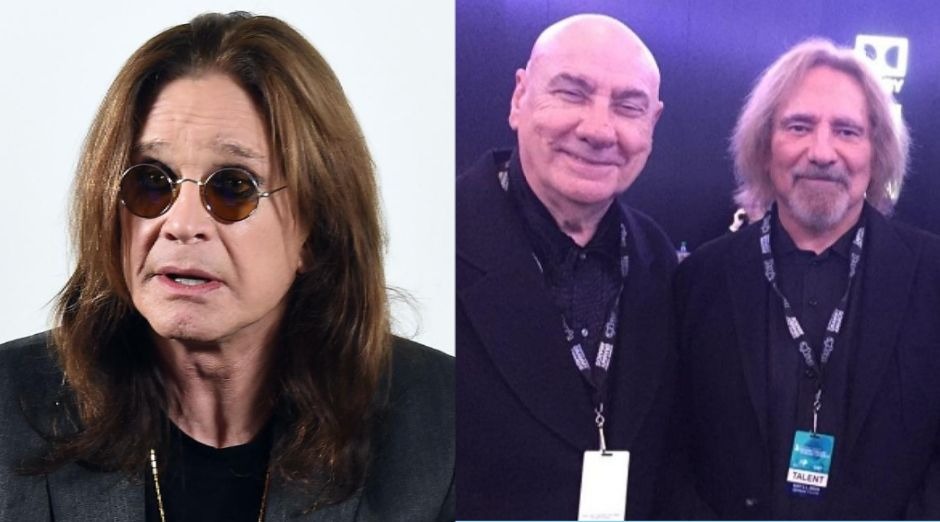 Lead singer Ozzy Osbourne was surprised to report to The Sun newspaper that two former Black Sabbath colleagues, bassist Geezer Butler and drummer Bill Ward, haven’t talked with him since his health problems began. The singer suffered from pneumonia and, shortly thereafter, a serious injury caused by a fall.

The lack of dialogue with Bill Ward is hardly impressive, as the drummer was dropped from the meeting announced in 2011. He claims he was dismissed for financial reasons, while Ozzy Osbourne said his colleague could not keep up with the rhythm of concerts. On the other hand, Geezer Butler followed in the group until the end, along with Osbourne and guitarist Tony Iommi.

During the interview with The Sun, Ozzy Osbourne talked about it commenting initially that Elton John was motivating him in his recovery. “Elton told me to get off the couch and start walking, which I needed. Elton is a sweetheart, he called me through the process and visited me with his two children. It’s a beautiful family,” he said.

Then Madman cited names of friends who contacted him to motivate him. “It’s amazing when you feel miserable and find out who your friend is and who doesn’t give a shit”.

Slash, Jonathan Davis (Korn lead singer) and Tony Iommi called me. Tony called me daily to find out how I was doing. It means a lot when you can’t even move. Geezer Butler and Bill Ward didn’t get in touch, which is fine, because you don’t have to call. But if it was with any of them, I’d be calling them all the time,” he said.