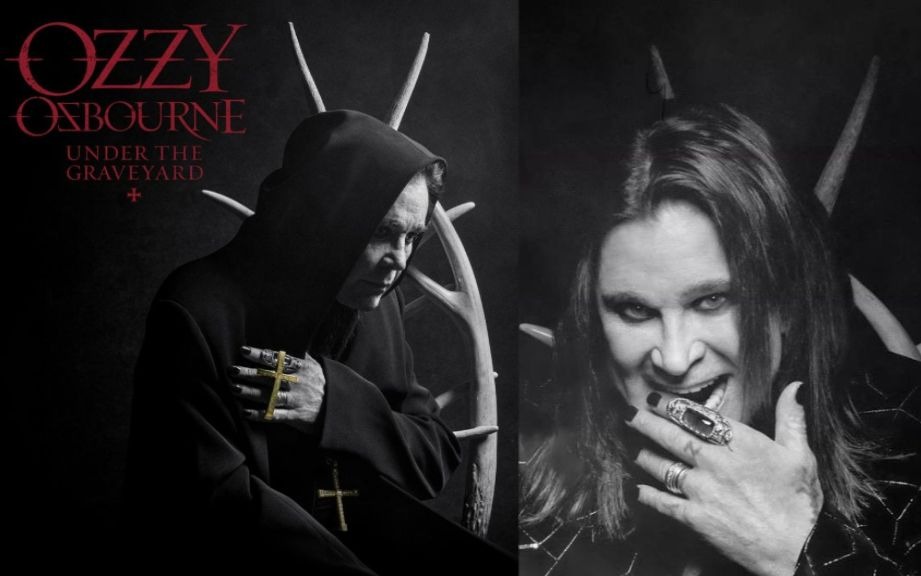 Ozzy Osbourne released the first single of his new album “Ordinary Man”, the song “Under The Graveyard” is the first new song of the singer in almost ten years. The album will be released in January, according to his wife Sharon Osbourne.

Hear Ozzy Osbourne’s “Under The Graveyard”

About the new album, the singer revealed:

“This album was a gift from my higher power – it’s proof to me that we should never give up.” The new work was recorded in Los Angeles under the production of Andrew Watt, who also recorded the guitars alongside Duff McKagan (Guns N ‘Roses) on bass and Chad Smith (Red Hot Chili Peppers) on drums.

In an interview with Blabbermouth, the singer explained how the album was born:

“It all started when Kelly [Osbourne] comes in and says, ‘Do you want to work on a Post Malone song?'” Ozzy explains. “My first thing was, ‘Who the fuck is Post Malone?!’ I went to Andrew’s [Watt] house and he said we will work really quick. After we finished that song”.

“Would you be interested in starting an album?’ I said ‘that would be fucking great, but now I am thinking I don’t want to be working in a basement studio for six months! And in just a short time, we had the album done. Duff and Chad came in and we would go in and jam during the day and I would go work out the songs in the evenings.”

“I previously had said to Sharon I should be doing an album, but in the back of my mind I was going ‘I haven’t got the fucking strength…’ but Andrew pulled it out of me. I really hope people listen to it and enjoy it, because I put my heart and soul into this album.”