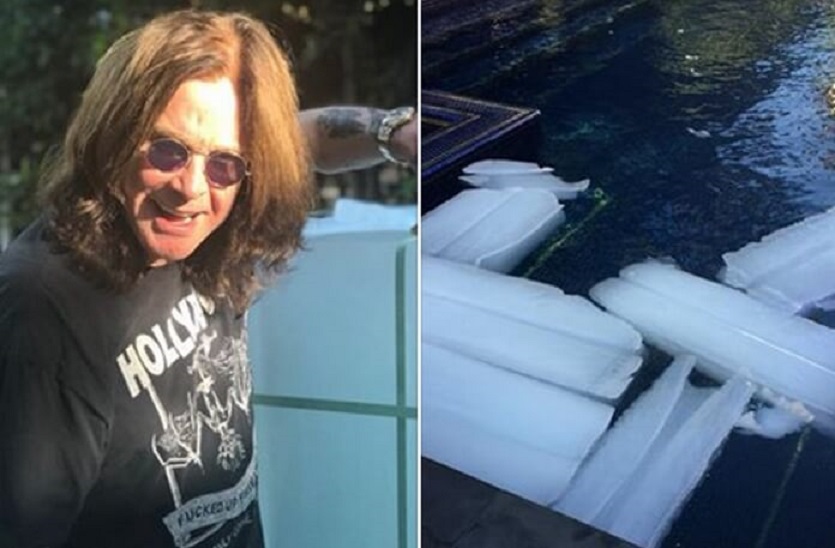 Los Angeles, one of the most important cities in California, is known for its mild climate which usually translates into not very hot days and pleasant evenings. It turns out that the region is going through a rather unusual heatwave and it was Ozzy Osbourne, legend of Black Sabbath who felt uncomfortable with it.

His wife Sharon Osbourne used his space on The Talk television program to tell a funny story about how the Prince of Darkness tried to feel better with almost 1,500 pounds of ice but the tactic didn’t work.

“When Ozzy entered the pool the heating was not on but the water was boiling and the weather was generally very hot. Then he said, ‘I can’t stand it, I need the water to be cold.’ So he had the idea of ​​calling the ice …”

The musician asked for 3,000 pounds of ice to be delivered to his house, and ordered that everything be placed inside the pool, but as Sharon said, the idea went a long way:

“Did nothing! The temperature dropped about three degrees and Ozzy said, ‘Okay, we need more ice,’ and then I said, ‘No, that doesn’t work!’