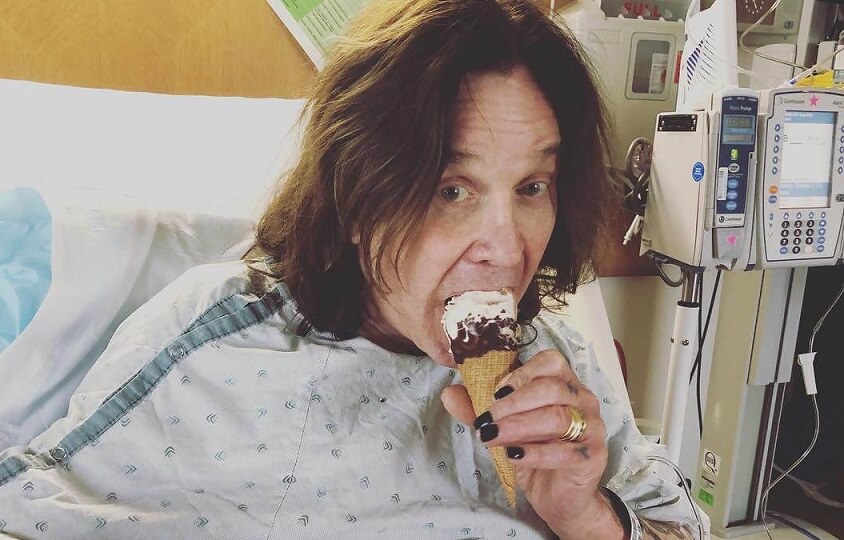 Ozzy Osbourne was rushed to the hospital on saturday (6) due to a infection and had to go under surgery in his hand. That made him cancel the concert that was going to happen at the Shoreline Amphitheatre in Mountain View, California. He is being treated for an infection and had to go under surgery on his hands. He will spend a couple of days in the Cedars-Sinai in Los Angeles to recover.

Now, he posted a photo of his recovery, with ice-cream!

Is everything with Ozzy as you can see below (via twitter): 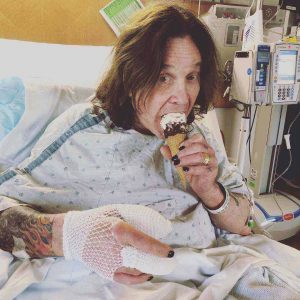