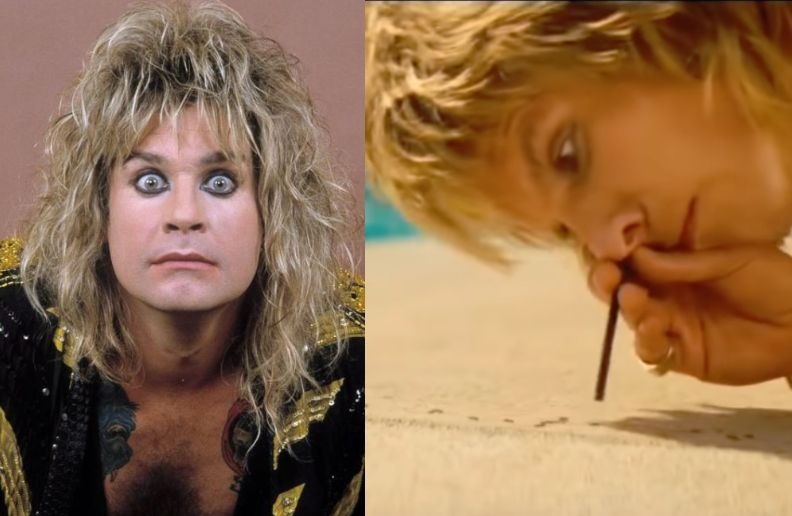 Released on Netflix back in 2019 the Motley Crue biopic “The Dirt” showed Ozzy Osbourne, that was played by Tony Cavalero, back in 1984 when Mötley Crüe opened for him. As the movies shows one day everyone was in the hotel pool and Osbourne gave a motivational speech to the boys about the seriousness of being on a tour and tips on the danger of drugs and unprotected sex.

Sometime later he pulls out a straw, kneels on the ground and smells a line of ants. After that he urinates on the floor and licks. Then he challenge Crue’s bassist Nikki Sixx to do the same thing

Watch the scene below:

Ozzy os famous for being involved in many strange situations like when back in 1982 when he when he bit a bat on stage. He later stated that he thought it was a rubber toy. During a meeting with CBS Records executives back in 1981 he also bit the head of two doves because he was drunk and annoyed at one of the label’s advertisers.

According to The Dirt, Motley Crue’s 2001 autobiography, written by Nikki Sixx the story portraited in the movie is true. “We thought we had elevated behavior to a way of making art,” says Sixx in one of the earliest chapters of the book. “But then we met Ozzy.”

“I handed him the straw and he walked to a crack in the sidewalk and leaned over. I saw a long line of ants, marching to a small anthill. And I thought, “No, he would not do that,” and he did. Ozzy put the straw in his nose and sent the whole line of ants tickling his nose.”

“Ozzy then raised his dress and pissed on the sidewalk. Not even caring who was watching – everyone on the tour was watching him, while the elderly women and the families on the pool deck pretended not to they saw him do it.”

“Ozzy knelt down and licked the ground. He not only touched his tongue, he made half a dozen long, full motions, like a cat. Then he stood up, his eyes glittering and his mouth wet with urine, he looked directly at me and said, ‘Do it, Sixx!’

Ozzy later claimed he didn’t recalled doing that: “I have absolutely no memory of doing that,” he said.