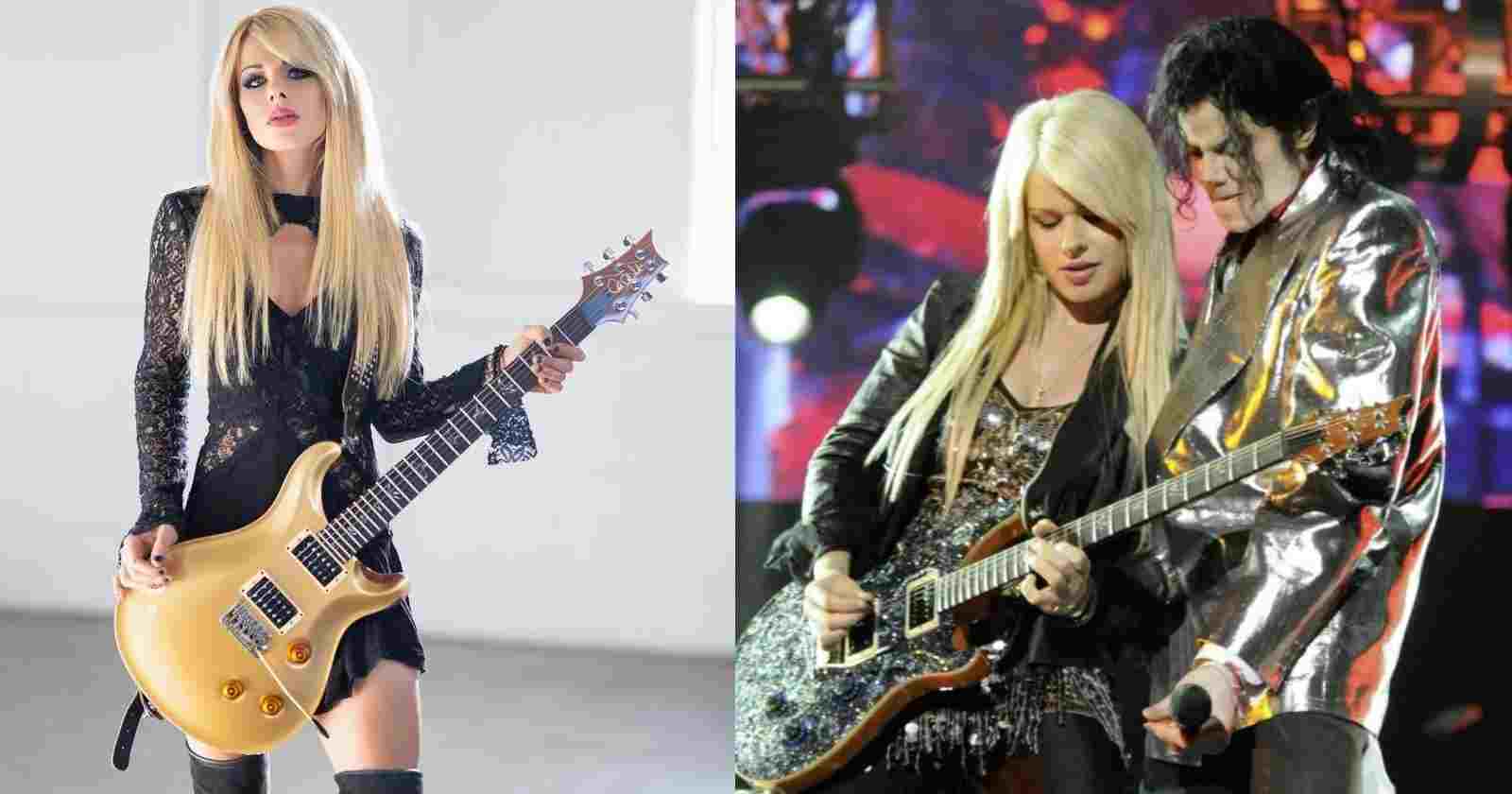 Guitarist Orianthi that will release a new solo album called “O” recalled in an interview with Eddie Trunk that she rehearsed with Michael Jackson the night before he died. The musician said she all the crew members were in shock with news the next morning.

Orianthi recalls rehearsing with Michael Jackson the night before he died:

“Honestly, that was probably one of the most insane moments in my life because it was just a mixture of emotions – just in shock, everyone was in shock. And I rehearsed with Michael right before he passed, and he was so happy and everything was great. I got the news he passed the next morning as I was heading to rehearsals.”

“When we all got there, we were all like, ‘Is this real? Are you serious?’ It didn’t hit us, and then everyone was bombarding, the news came up, and honestly, it was an overload of ‘What’s going on?’ And then the emotion – because he was a friend to everybody too, not only was he… I mean, he’s one of the greatest entertainers, and he was so sweet.”

“We were working together really hard as a group, and we just felt that family vibe, you know? I was just going through all these emotions, and I saw that clip running, and then constantly people were messaging me and then my album came out too…”

“So there was all this stuff going on, and honestly, that whole thing was kind of a blur because I was really upset at the whole situation, and the media thing… It was a crazy time for sure.”

How did you end up getting the gig with Michael Jackson?

“Well, he asked around and apparently he asked Carlos Santana and a few other people and threw my name back, and then he came to the Grammy Awards and I was playing with Carrie Underwood at the Grammys, and then I got a message through MySpace…”

“I got a MySpace message that said, ‘Hi, I’m Michael Jackson’s musical director, and you’re exactly what Michael wants in his band.’ I’m like, ‘Is this for real?’ I thought it was a joke actually, so I sent it to my manager at the time, going, ‘Is this real?’ He’s like, ‘Yeah, it is, Michael’s calling you tonight. I got a call, ‘Hey, here’s Michael Jackson. Would you do ‘[Dirty] Diana’ and ‘Beat It’ for tomorrow afternoon? We’re coming to play at rehearsals for the staging.’ And I’m like, ‘Sure…'”

“It was crazy. It was Michael, it was crazy, I was like, ‘Oh my god, is this for real? This is crazy.’ So I learned the songs and ran to the staging the next morning and Michael Jackson walked in and he sat down on the couch in front of me and cranked the amp, ‘I want to hear it really loud.'”

“And I was like, ‘How do I play guitar again?’ [Laughs] It was literally Michael Jackson on the couch, me in front of him, standing and playing, and I was like, ‘Shit, this is crazy.’ I do remember that very vividly that moment, I was like, ‘Oh my god!’ So yeah, crazy times. I’m very grateful that I got to work with him for the time I did.”