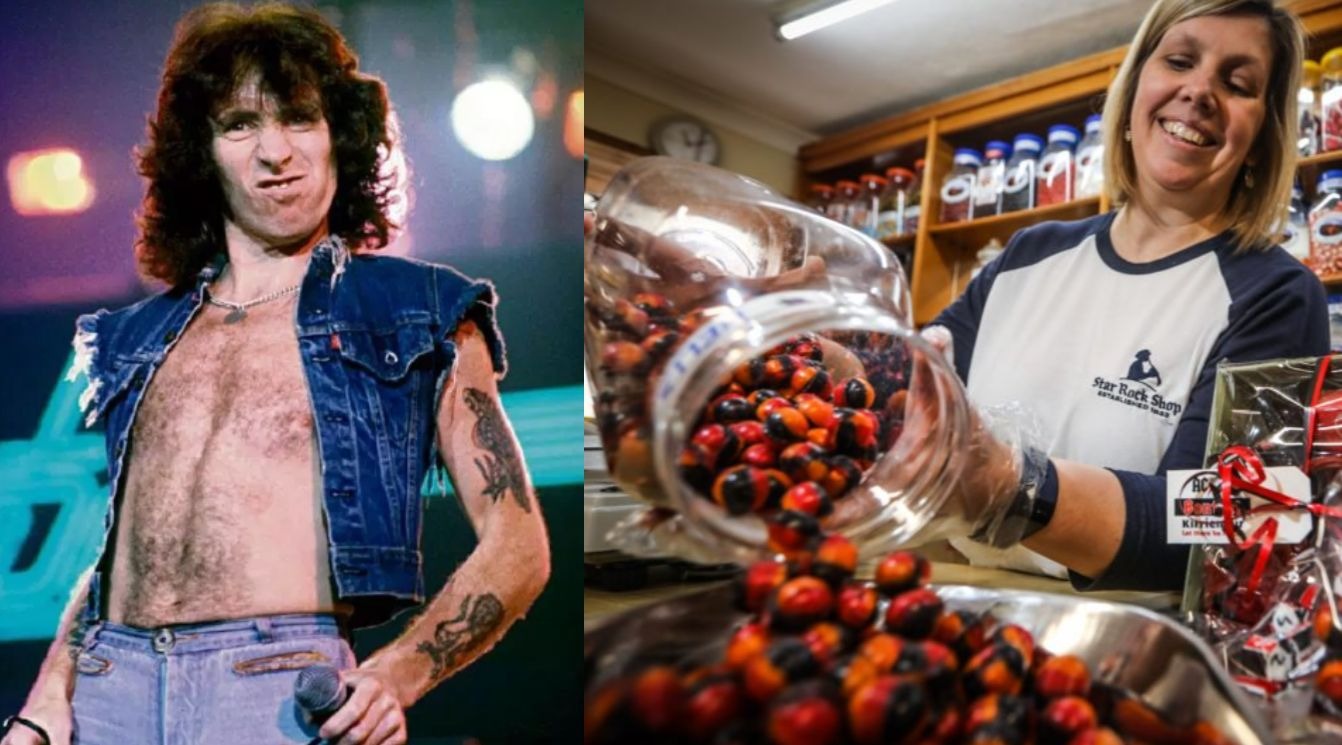 Shop owner Liz Crossley-Davies told The Courier: “To represent hell, I wanted the color of the flames, so the candy is red, orange, and black. And for such a strong name and image, there had to be a unique flavor, but strong and bold – so they are a sour gooseberry.”

She adds, “There are some songs and albums that don’t matter to your age or musical taste, everyone knows, and ‘Highway To Hell’ is one of them.

“Many don’t know that the song comes from an album of the same name, but everyone knows the melody and the chorus. And that’s what made an artist like Bon Scott special – creating music that is recognizable, crosses all lifestyles and lasts.”

The sweets were released at the Bonfest event, which took place in Kirriemuir in the first week of May, and celebrated the 40th anniversary of the album “Highway To Hell”.

Some time during the late evening of 18 February and early morning of 19 February, Scott passed out and died at the age of 33. He had just visited a London club called the Music Machine (currently known as KOKO). He was left to sleep in a Renault 5 owned by a friend of Scott’s, Alistair Kinnear, at 67 Overhill Road in East Dulwich.

Later that day, Kinnear found Scott lifeless, and alerted the authorities. Scott was taken to King’s College Hospital in Camberwell, where he was pronounced dead on arrival. The chronology of events on 19 February and when exactly Scott was found dead has been challenged by Jesse Fink’s 2017 book Bon: The Last Highway, which quotes UFO guitarist Paul Chapman as having been informed early that morning by Scott’s friend Joe Fury that Scott was dead.

Kinnear said he found Scott in the evening. Chapman claims Scott and Fury were with him the previous evening of 18 February and Scott left his apartment to buy heroin, never to return.