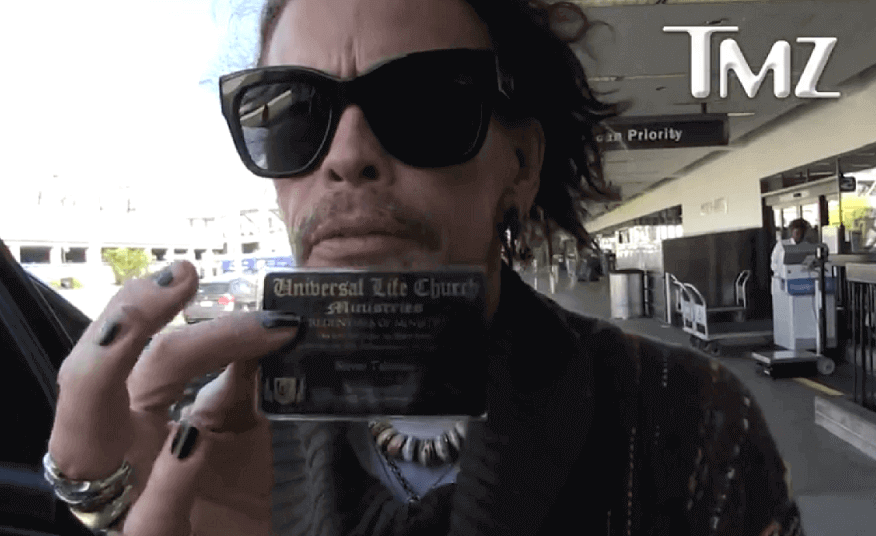 Steven Tyler, beyond singing, can now celebrate weddings. At least that’s what he told a TMZ reporter, for whom he showed a certificate that gives him this power: “Now I’m an ordained minister. I made my son’s marriage to a beautiful girl,” he says, and then explains that he bought the certificate on the internet for $ 80.

Steven’s certification came from the Universal Life Church Monastery, which offers the possibility for “people of all cultures, creeds and beliefs,” but charges for the additional paperwork. “As a minister ordained by the ULCM, you can officialize marriages, baptisms, conduct funerals and many other religious ceremonies,” says the ULCM website.

When asked if he plans to be the minister of other weddings, Tyler confirmed and added, as he looked at the camera and sent a message to pop star Justin Bieber: “Justin, you need to get married. I’m the man who’s going to celebrate this.” And when asked by the interviewer if he would make his wedding in a few months, Tyler replied: “Two hundred thousand I do, no problem.”

Steven Tyler is known as the “Demon of Screamin'”[1] due to his high screams and his wide vocal range. He is also known for his on-stage acrobatics. During his high-energy performances, Tyler usually dresses in bright, colorful outfits with his trademark scarves hanging from his microphone stand.

In the 1970s, Tyler rose to prominence as the lead singer of Aerosmith, which released such milestone hard rock albums as Toys in the Attic and Rocks, along with a string of hit singles, including “Dream On”, “Sweet Emotion” and “Walk This Way”. By the late 1970s and early 1980s, Tyler had a heavy drug and alcohol addiction and the band’s popularity waned.

In 1986, Tyler completed drug rehabilitation and Aerosmith rose to prominence again when Tyler and Perry joined Run–D.M.C. for a re-make of the classic Aerosmith song “Walk This Way”, which became a Top 5 hit. Aerosmith subsequently launched a remarkable comeback with the multi-platinum albums Permanent Vacation, Pump, Get a Grip and Nine Lives, which produced a combined thirteen Top 40 singles and won the band numerous awards.

During this time, the band embarked on their longest and most extensive concert tours, promoted their singles with conceptual music videos and made notable appearances in television, film and video games.