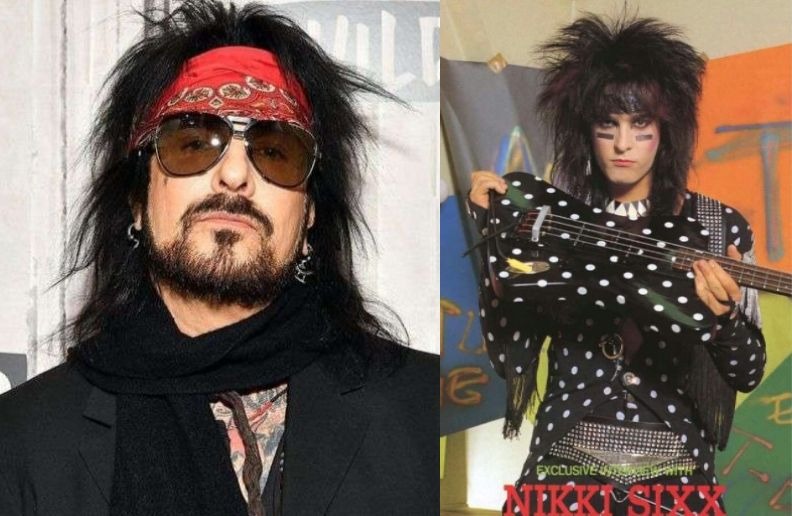 In an interview on Trunk Nation, Nikki Sixx revealed how he chose his name, besides talking about the band biopic and career.

First of all, how did you come up with Nikki Sixx?

Nikki: “I was in a band called London and I changed my name to Nikki – I was Nikki London from London, ’cause all my favorite bands were from London, and I wasn’t a big thinker. …

“But I figured I don’t want to be Nikki London of London, I don’t know why that kept coming to my head, so I was going to change my name to Nikki Nine.

“But there was this girl, we were sharing a bed together, and she had a boyfriend named Nikki Six, so I said, ‘Not only am I gonna steal his girlfriend, I’m gonna steal his name.’ It was a joke that turned out pretty cool. Isn’t that weird?”

“We covered Madonna’s ‘Like a Virgin,’ right. It’s fucking rad, right? So he’s, like, ‘Tommy, I have an idea for a cover.’ And I was, like, ‘Alright, I’m always open for everything.’

“It got this big heavy thing in the beginning, and then Tommy’s like this, and all of a sudden I saw his eyes go bigger, and I was, like, ‘Oh man, he’s gonna punch me right in the fucking face’. I was getting ready to get up and leave and that verse he started and he was, like, ‘Wow.'”

Tommy: “Then the chorus dropped, and I said, ‘Dude, this is fucking insane, let’s rip it.’ It was fucking crazy.”

Nikki: “And I think it’s funny that Vince is singing ‘Like a Virgin’.

Tommy: “Can you imagine Nikki going, ‘Hey dude, I have this really rad idea – wanna cover Like a Virgin””?