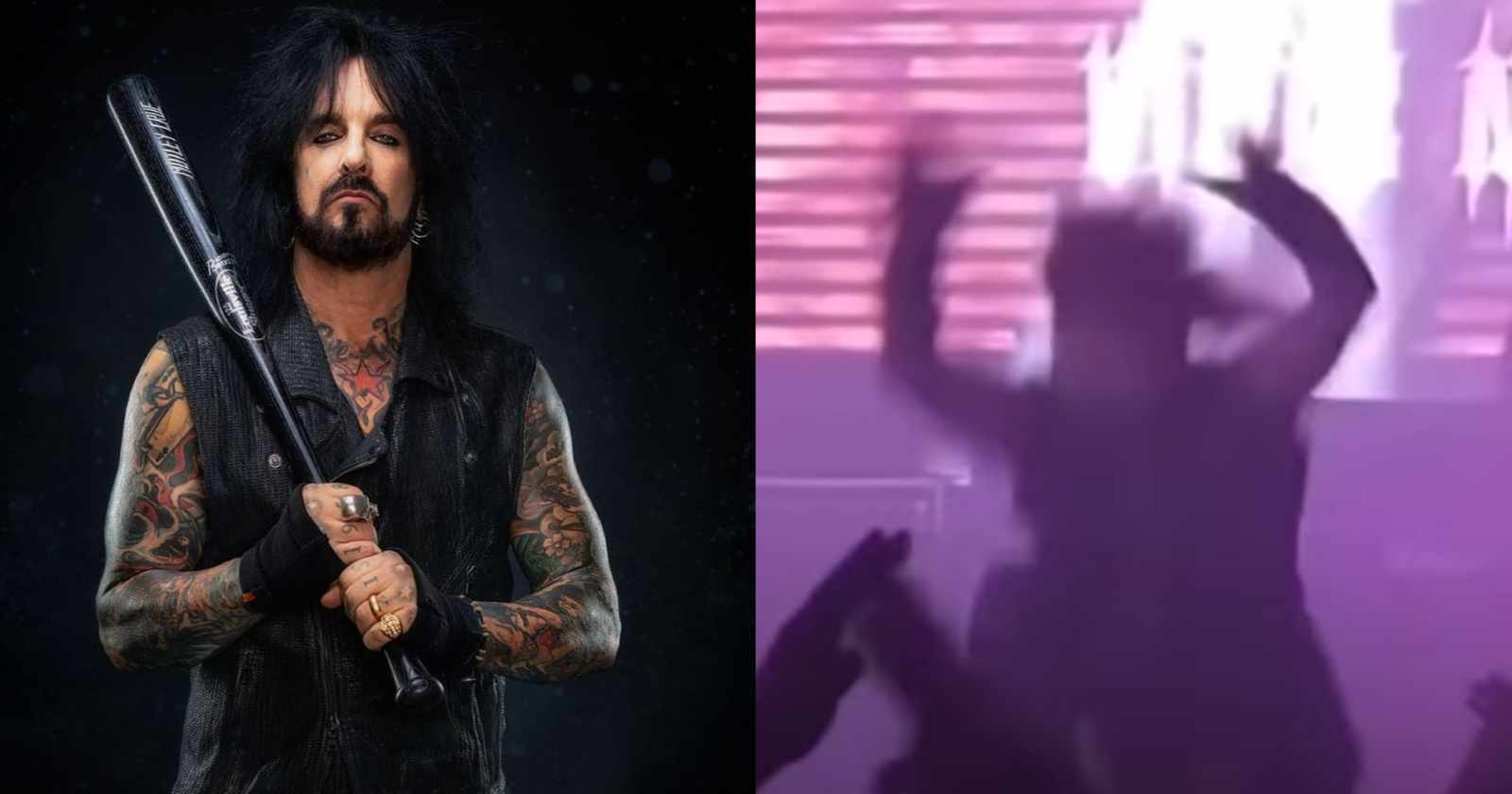 Mötley Crüe bassist Nikki Sixx is currently promoting his new memoir “The First 21: How I Became Nikki Sixx” and in an interview with Billboard he commented on his bandmate Vince Neil falling from stage in a recent solo concert he did at the at Monsters On The Mountain festival at LeConte Center in Pegeon Forge, Tennessee.

Nikki Sixx blamed the lack of the reflective tape.

“Without that (the reflective tape) it’s all completely black, so you can walk forward thinking there’s still stage there and fall off. I’ve done that myself; Vince and I were laughing about one time we both fell off the stage at the same show. But he was really lucky; He said if it wasn’t a song that he was playing rhythm guitar on it could’ve been his head, which would’ve been a worse injury.”

“The guitar broke his fall. But he’ll heal up and we’ll be ready to go on tour in June. This tour’s been (postponed) twice; We just didn’t have enough information at the time, with protocols and all, to go and do a stadium tour. We’re all feeling good about it now, and we can’t wait, man.”