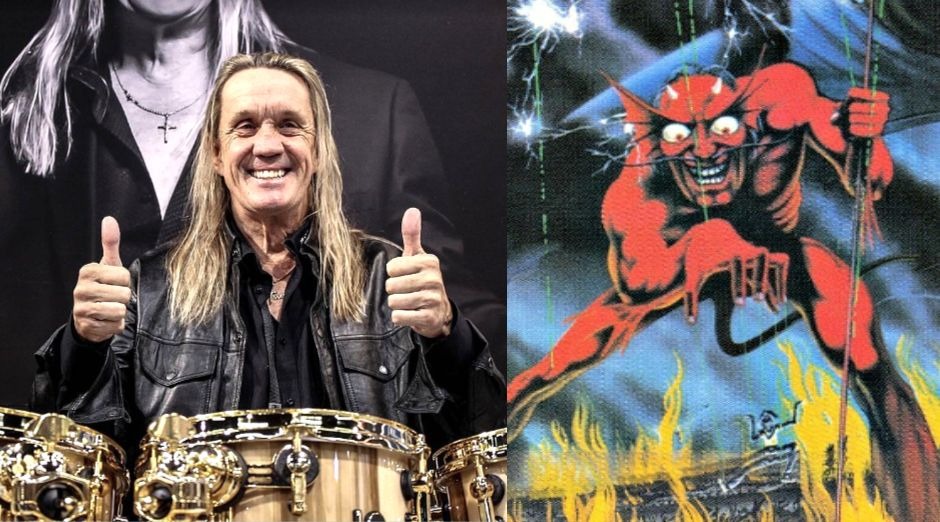 In an interview talked about the people who say Iron Maiden is a satanist band, specially due to the album “Number Of The Beast” (1982).

“It charted really high, it was well-received, and is still, to date, regarded as one of Iron Maiden’s best ever albums for a number of reasons”.

“The songs on it were incredible and Bruce’s performance, he was the new boy in the band at that time, it was a very well-received album. A lot of people regard ‘The Number of the Beast’ as really the ultimate Iron Maiden album, the first of many great records.

“It had Eddie, and he’s got the devil as a marionette… A lot of religious people around the world complained that we’re Satanists, you know.

“Please, this is the furthest thing from the truth. None of the guys in this band worship the dark one. Absolutely not, far from it. We write observationally, the idea was that Eddie is a cartoon character, but he’s bigger than the band.

“Derek Riggs came up with this incredible artwork, and it’s a joke for fuck’s sake. If you don’t get it, you need to get a life. So, the artwork of that album is spectacular, and it’s setting the whole nuance with Eddie.”

About Steve Harris, the drummer said:

“Mr. Steve Harris… I’ve got to be honest with you; he comes up with these songs, he never ceases to amaze me with his brilliance. I think he’s from another world.

“I reckon he’s an alien. Now, you might think that’s nuts, but he’s not from this earth, or if he is, he’s blessed by the spirit of God, because he comes with these incredible chops.”