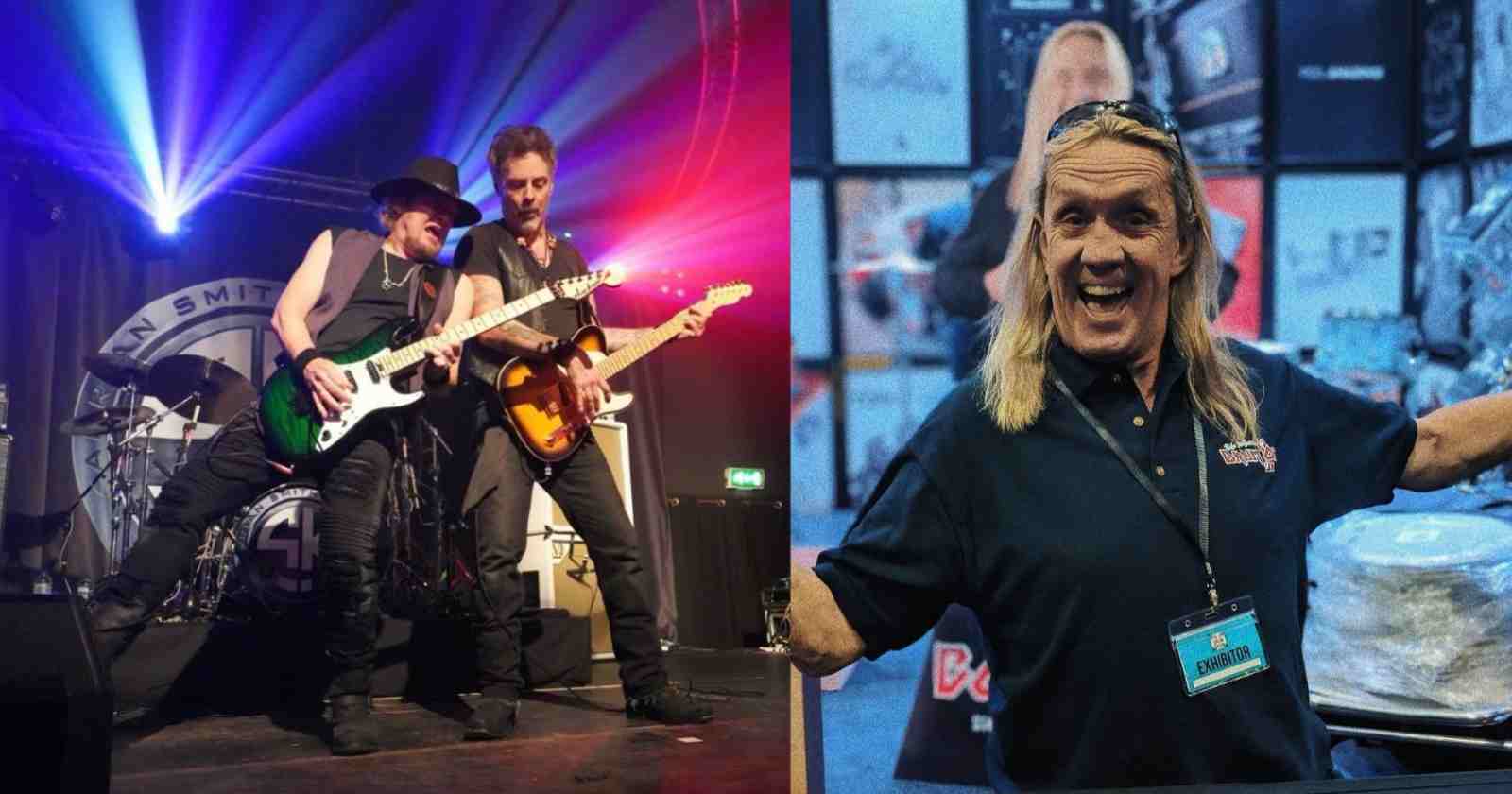 In a video shared by Smith-Kotzen Youtube channel, drummer Nicko McBrain talked about his surprise appearance, saying (Transcribed by Rock and Roll Garage): “Here we are, Islington Assembley Hall. Part of my old stomping ground back here in the old days in Islington. But I am here tonight to play a couple of tunes with my dear friend Mr. Adrian Smith.”

“This is their last show of their little British tour that has been on with Richie Kotzen. This is I think their last show of seven. Adrian called me up and he asked me to come over and if I’d like to play a tune or two. So I obviously jumped at the chance to. So a little later on I’m going to be getting up in the band to have a little rattle”.

There is no upcoming tour dates of the duo that released their first album “Smith/Kotzen” in 2021. The album had Adrian Smith (Guitar, vocals, bass), Richie Kotzen (Guitar, vocals, bass and drums), Nicko McBrain (Drums) and Tal Bergman (Drums).  Smith and Kotzen produced the record.

The album was recorded in a studio at the Turks & Caicos Islands, a British Overseas Territory consisting of the larger Caicos Islands and smaller Turks Islands, two groups of tropical islands in the Lucayan Archipelago of the Atlantic Ocean and northern West Indies