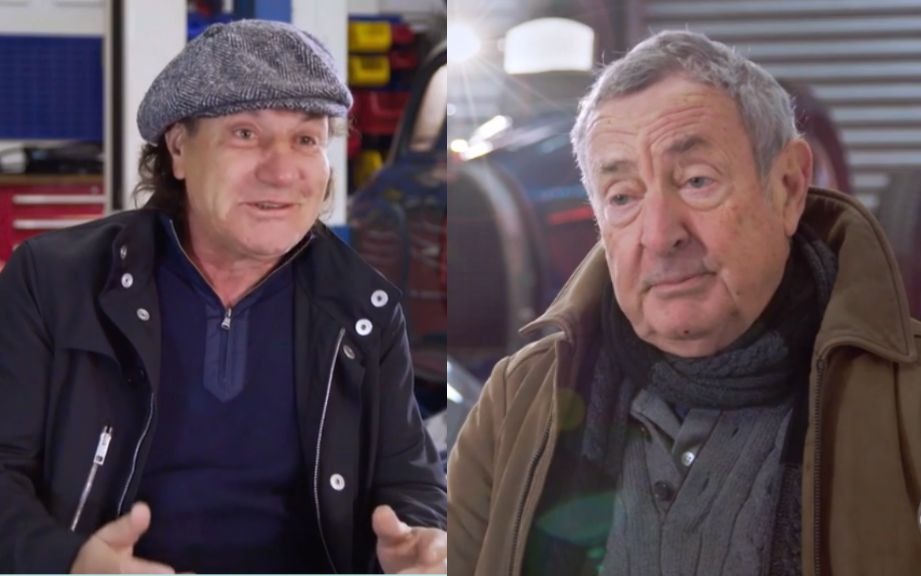 Brian Johnson‘s latest guest on his AXS TV show, Life On The Road, is Pink Floyd drummer Nick Mason who told a very curious story about the band’s early days, revealing how they started.

According to Mason on Life On The Road, the group teamed up because of his car in 1964.

“Regent Street Polytechnic – That’s where I met Roger Waters and Rick Wright. We were all studying to be architects. It was at the end of architecture that the music took off… or not!!”

“We kind of met because Roger knew I had a car – I don’t know if he knew which car it was, because it was actually an Austin 7 Chummy with a top speed of 5 km/h and no brakes!”

“But when he asked if I could borrow it, I said, “No,” but he also tried to get a cigarette from Rick, and famously, Rick said, “No,” which set the standard for the next 50 years.”

“It was an important moment because if it wasn’t for that, we might not have been sitting here now.”

See the trailer of the show below: