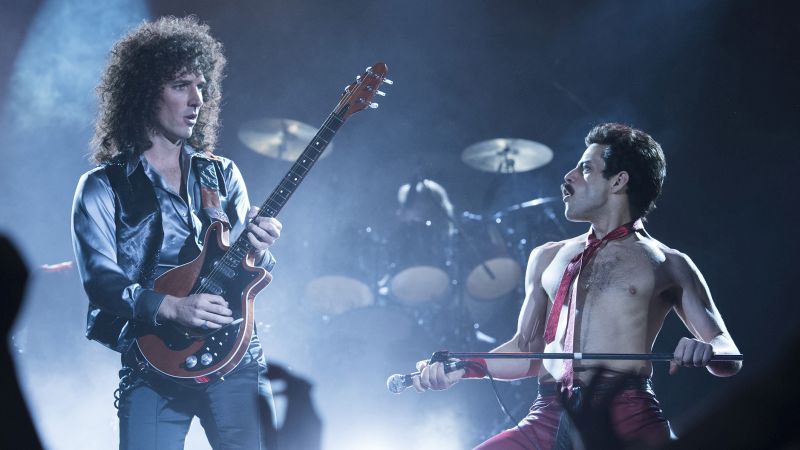 Bohemian Rhapsody is Queen’s biopic that will be in december. The film has the actor Rami Malek (Mr. Robot) in the role of the legendary singer Freddie Mercury, and today a new excerpt of the film was made available in the video that can be seen below.

In it, Brian May, played by Gwilym Lee, appears showing a new song for the band by beating his feet and hands, saying he would like to “give the audience a song they can play themselves.” That’s how the classic “We Will Rock You” is born.

"Give the audience a song they can perform." #BohemainRhapsody in theaters November 2nd pic.twitter.com/7CToVm2Elv

Other than the last 30 seconds containing a guitar solo by May, the song is generally set in a cappella form, using only stomping and clapping as a rhythmic body percussion beat. In 1977, “We Will Rock You” and “We Are the Champions” were issued together as a worldwide top 10 single. Soon after the album was released, many radio stations began playing the songs consecutively and without interruption.