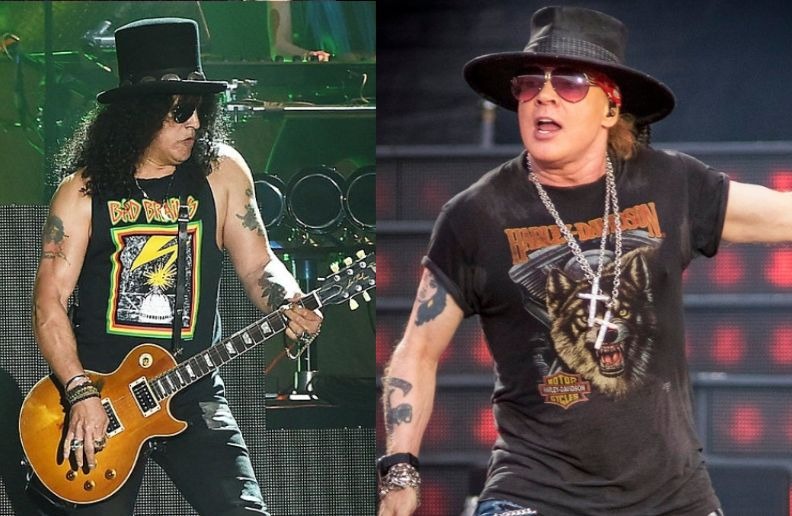 Guitarist Richard Fortus has returned to talk about the next Guns N ‘Roses album. This time in an interview with the St. Louis Post-Dispatch, the musician was more precise in his statement and revealed the band’s plans to enter the studio.

“Slash is touring (with his solo band) at the moment, and as soon as he comes back, we’re going to make some more recordings and hopefully get a record soon, and then let’s get back on the road.”

Fortus’s statement makes interesting indications. The first is that Guns N ‘Roses should be in the studio still in 2019, since Slash’s tour began in September 2018 and should not be extended for so long.

The last dates of Slash’s solo tour so far are scheduled for July. Alter Bridge itself, band of Slash project singer Myles Kennedy, also waits for the end of the tour to record unpublished material.

In addition, Fortus said that Guns N ‘Roses will do “some more recordings”. That is: as indicated by the guitarist, the band has already worked on their next album. The new album has gone from the field of “ideas” and is materializing.

The statement by Richard Fortus goes against clues that Slash and himself have left in interviews. The lead guitarist said in an interview with Classic Rock that vocalist Axl Rose has “a ton of material” recorded for a possible new album. Fortus, meanwhile, has released periodic updates on the album in press statements, but has never detailed as accurately as in the recent St. Louis Post-Dispatch statement.

The last album released by Guns N ‘Roses is “Chinese Democracy”, 2008. Only four musicians from the current lineup took part in the album: Richard Fortus, drummer Frank Ferrer and keyboardist Dizzy Reed, and, of course, vocalist Axl Rose . In the year 2016, Slash and bassist Duff McKagan returned to the band. The keyboardist Melissa Reese, brought in to replace Chris Pitman in the same year of the return of the pair, completes the line-up of the group.