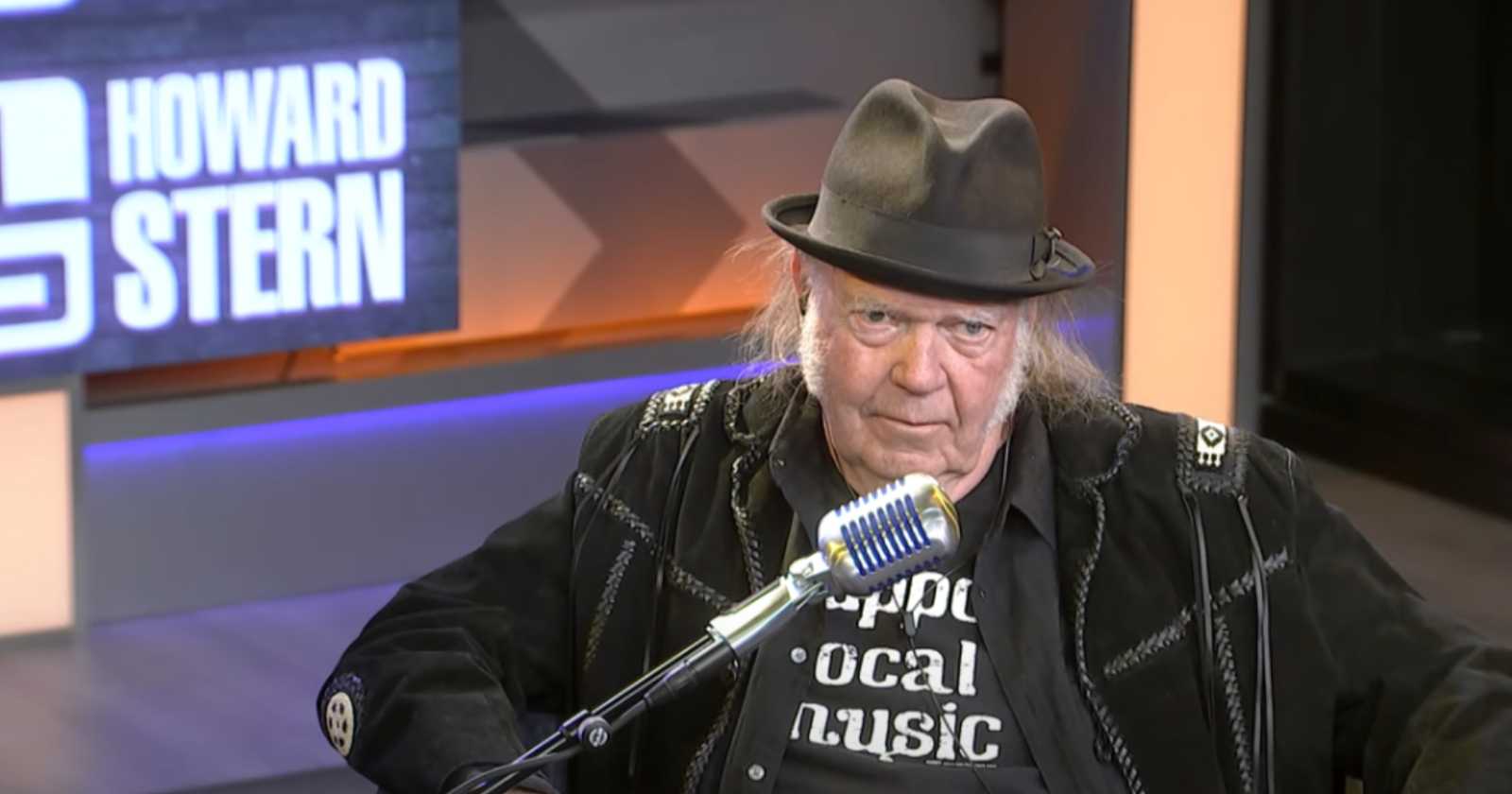 The Canadian singer and songwriter Neil Young, famous for his solo work and with bands like Buffalo Springfield and Crosby, Stills, Nash & Young talked in an interview with Howard Stern (Transcribed by Billboard) about leaving Spotify after the streaming service refused to remove false informations about Covid-19 shared by Joe Rogan on his podcast.

Young said that he will never return to the streaming service because he doesn’t need to and there are better places to have his music. Even though Young removed his official profile and albums of streaming service, Spotify found a way to keep some of Young’s music on the platform through albums collections that gathered many artists greatest hits. So many Neil Young tracks can still be found on the streaming service.

Neil Young says he will never return to Spotify

“I knew I was gonna do fine. There’s Amazon, there’s Apple, there Qobuz, those are three streaming services that play hi-res. I think in the digital age we should be able to listen to great stuff, the best that we can get out of digital… Because you’re living off the music, why not pay it some respect and make it sound as great as it does.”

“The way I look at it, that just turned me off and I made an instant decision — I didn’t think about it at all — just take my music off, we don’t need it. We’ve got all these other places. And it sounds better at the other places. Why would I want to keep it on Spotify when it sounds like a pixilated movie?”

“So they chose to have that guy because they’re making millions of dollars off of him and they’ve just given him a whole bunch of money and that I would just eventually roll over and be back.”

“[I’m] never going back there, or anywhere else like it. I don’t have to, I don’t want to. (So) I don’t crave the airplay like that. I don’t really need it, I don’t want it,” Neil Young said.