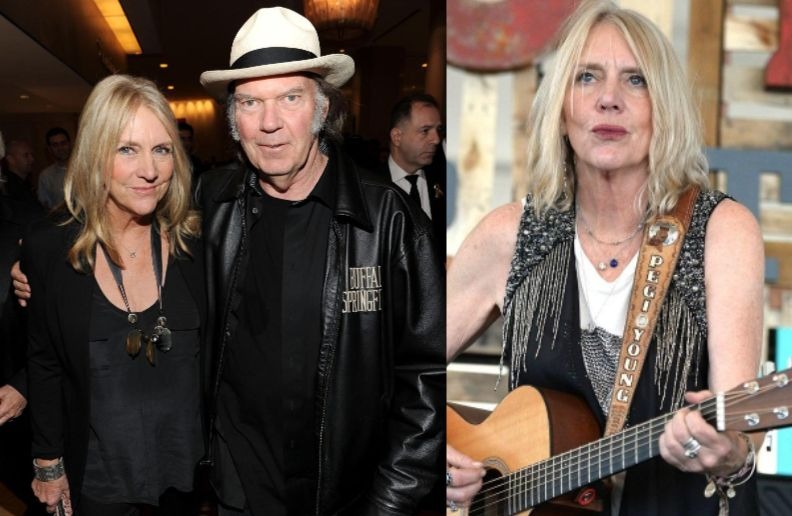 “Thank you Pegi for being a wonderful mother to our children,” Neil wrote in his first comment since her death. “You live within them and the many you have touched.”

Pegi Young died at age 66 after a one-year battle with cancer. “She was surrounded by friends and family at the time of death, according to the singer’s Instagram.

On Saturday, Neil also posted the lyrics to “Such a Woman,” a song from the Harvest Moon album, inspired by Pegi.

“You are a woman and so much to me / and I love you / our love will live / until the end of time,” Young wrote.

Her debut as a singer came in 1983 when she was a member of The Pinkettes, the backing vocalists on her husband Canadian folk rock musician Neil Young’s Rock-a Billy Shocking Pinks tour. In 1994 she made her first nationwide TV appearance at the Academy Awards, singing backup on the Neil’s song “Philadelphia”, nominated for an Oscar.

The Youngs performed together at a number of their annual Bridge School Benefit Concerts. Young joined her then husband on his 2000 tour as a backup singer.

In 2007, after recording songs in her home studio at the Broken Arrow Ranch, she released her self-titled debut album.

Young followed it with the albums Foul Deeds (2010), and Bracing for Impact (2011). She toured and performed with her band The Survivors, which includes Spooner Oldham on piano, Rick Rosas on bass, Kelvin Holly on guitar and drummer Phil Jones.