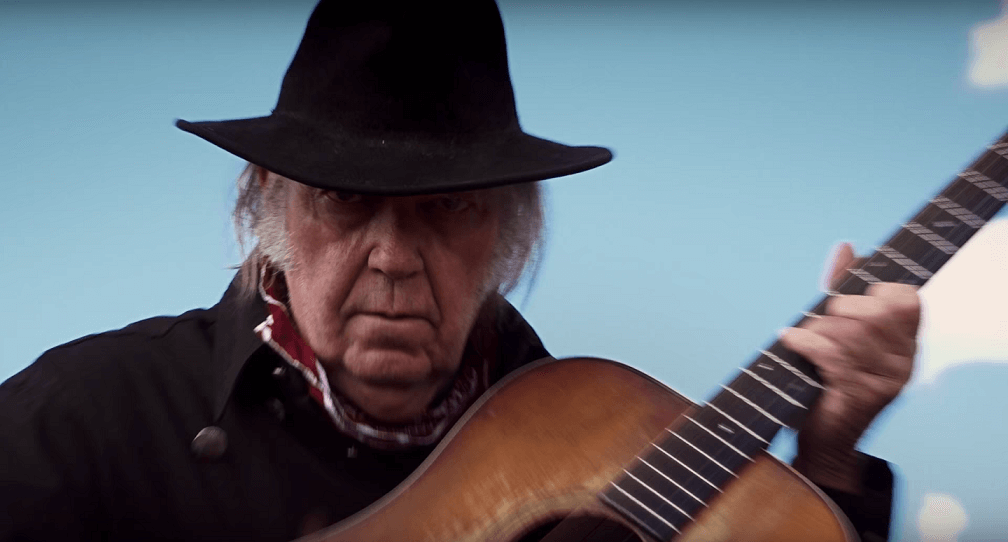 Netflix is ​​about to release a movie with the legendary Neil Young, “the man in the black hat” as the protagonist.

Paradox is a feature film directed by actress Daryl Hannah and inspired by the old west movies of Clint Eastwood. In addition to Young, the cast also features his band Promise of the Real, and Micah and Lukas Nelson, sons of Willie Nelson. The musician will also have a part in the film.

The trailer released by the streaming platform has a soundtrack to the song “Peace Trail”, released in 2016, and shows several times the musicians playing. In the official website, the feature is described as a “complex drama”, and goes on a “future past”.

The film will feature Young’s unreleased songs, which will be released alongside the film. Paradox debuts on Netflix on March 23.

The “Keyboard Cat”, Bento dies at age nine
Someone turned Smash Mouth’s “All Star” into “Sweet Home Alabama”
To Top