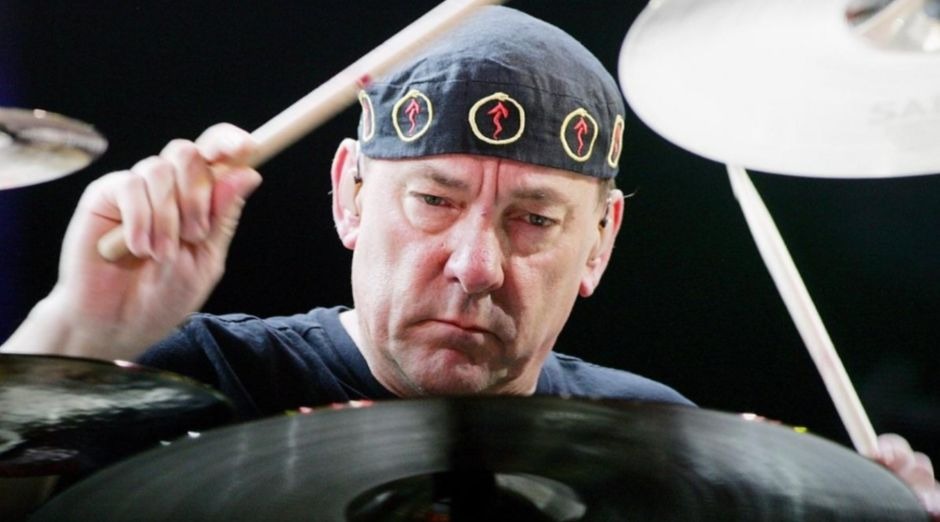 Rush‘s Neil Peart is considered by many the greatest drummer of all time and he also the band’s main lyricist. The musician that died in January 2020 talked in an interview with cbcmusic about 10 classic Rush songs.

Neil Peart and his 10 favorite Rush songs of all time

“Let’s call that our experimental phase. After 2112, we were guitar, bass and drums and ambitious, so we thought maybe we should add another musician. But then it was, no, let’s expand our own arsenal, so the guys started getting into acoustic guitar, bass pedals were just coming out, and I started expanding my drums, which would give us a great orchestration ability.”

“Those subsequent albums are us learning to use all that, having fun, experimenting, as genuine as can be. When I look back on that it’s an indulgent smile. We would later do better but there was nothing wrong with it. I described it once as young, foolish and brave,” Neil Peart said.

“A song I still really like. Autobiographical in a sense. The whole thing of wanting to slow things down and absorb the moment. Feel this moment a little bit stronger, since we can’t adjust the time to have more. I get frustrated when people say where did the time go. You just weren’t paying attention. A day is a day, a month is a month, a year is a year. For me, it started in 1986, I remember sitting down and writing why 1986 was the greatest year ever. So if I was able to think that way in ‘86, now I know even better to value the passing of time and the richness of experience.”

“We were flying into Toronto on a private plane and heard the morse code beep, and that became the founding rhythm of the song. It was a soundtrack about airports, the bustling part, the very emotional part of it, you know. Re-greeting each other, and all the laments. That was a conscious thing, to try to weave in some of the moods of airports into the song ‘YYZ.’”

“My friend [Richard Foster] had published this story in Road and Track magazine, and it was set in a dystopian future where certain cars are outlawed. He used an MGB in the story, but I used my dream car, this red Ferrari…. It was so cinematic for us, and we were learning to be concise, but also making soundtracks. It’s probably one of our best in that sense being a short movie, and every section is a cinematic accompaniment to the lyrics. It’s still one I really like and it’s great to play live,” Neil Peart said.

“An attempt to clarify for myself and hopefully others a thing that I learned: never complain, never explain. I try not to complain, but I can’t help but to explain. That was an attempt on my part to explain myself as an introvert, feeling totally alienated by the ‘guilded cage’ of it all, and it’s been remarkable over time how many young musicians have come up to me and told me what that song means to them when they faced the same transition in their life.”

“It’s supply and demand: as a young musician, you’re all about supply and there is no demand, and then as soon as you get a little popularity there is demand, but the supply is the same, there is still just you, and it’s a very difficult transition to weather…. You can’t complain, but other musicians will say to me, that song ‘Limelight,’ I get it.’”

“Hugely autobiographical of course. It was an important step for us, the first song written that was keyboard-based. The upside of that: people don’t realize is that it made Alex [Lifeson] and I the rhythm section. So the first time he and I tuned in to each other’s parts was when Geddy [Lee] was playing keyboards. It was a great new way for us to relate. It’s also a good example of us learning to go into time signature changes more fluidly, and again, wonderful to play live. It’s challenging and always rewarding to play decently.”

“This is Alex’s brain, and every section of that song is different dreams that Alex would tell us about and we’d be, ‘stop, stop.’ It was these bizarre dreams that he would insist on telling you every detail about, so it became a joke between Geddy and me. ‘La Villa Strangiato’ means strange city, and there was so much going on in that. There’s also a big band section in there, which was absolutely for me because I always wanted to play that approach. And cartoon music. We got in trouble later because we used music from a cartoon from the 1930s,” Neil Peart said.

“We made three albums in 18 months from the time I joined the band…. By the time we did 2112 we had a whole month to write, rehearse and record that album, so it was done under the rawest of circumstances but with such conviction and enthusiasm. We were so angry at that time. We had the first three albums that had all sold about the same and our record company was writing us off, we even called that tour the ‘Down the Tubes tour,’ playing these crappy little night clubs and opening slots, so we thought it was pretty much over and we were mad about it.”

“People were like, you ought to change your material and you really need a single, and I was hearing this stuff, which is just like poison to me, so I was like, ‘Oh ya!’ And we fought back. The tale happens to be about the individual against oppression, and that was us, it’s how we felt. And it worked, it was our commercial breakthrough with a 20-minute song on one side. It spoke.”

“We were at Ronnie Hawkins’ farm that we had rented that summer to do the songwriting and pre-production. I collaborated on the lyrics with Pye Dubois from Max Webster and he used to give me Big Chief exercise books of this poetic sprawl. I’m good at imposing order, so I would take his and add some of my own images and structure and themes and all that stuff. That song finds us at a time of such confidence that we were learning to make a song that was only six minutes instead of 12, 15, and use the same standards of arrangement.”

“The drum is so detailed, but when we go into the middle to the odd time part, it was improvised. I got lost and I punched my way out of it and somehow came back to the one. And that improvisation became a new part…. It’s one of those key parts that I love and it was absolutely a mistake that I just got lucky and got out of.”

“We were working at a farmhouse out in the country in western Ontario and commuting home on weekends. I remember coming home very late and CFNY Radio was on the air, and as I was cresting the escarpment with all of the lights below of Hamilton and the Niagara Peninsula, where I lived at the time, with a fantastic combination of music that was on at the time.”

“And CFNY’s motto at the time: ‘the spirit of radio.’ The song itself, musically, is switching between radio stations. With a reggae section at the end, the second verse is new waves, I’m playing like a punk drummer there. And that was all intentional,” Neil Peart said.