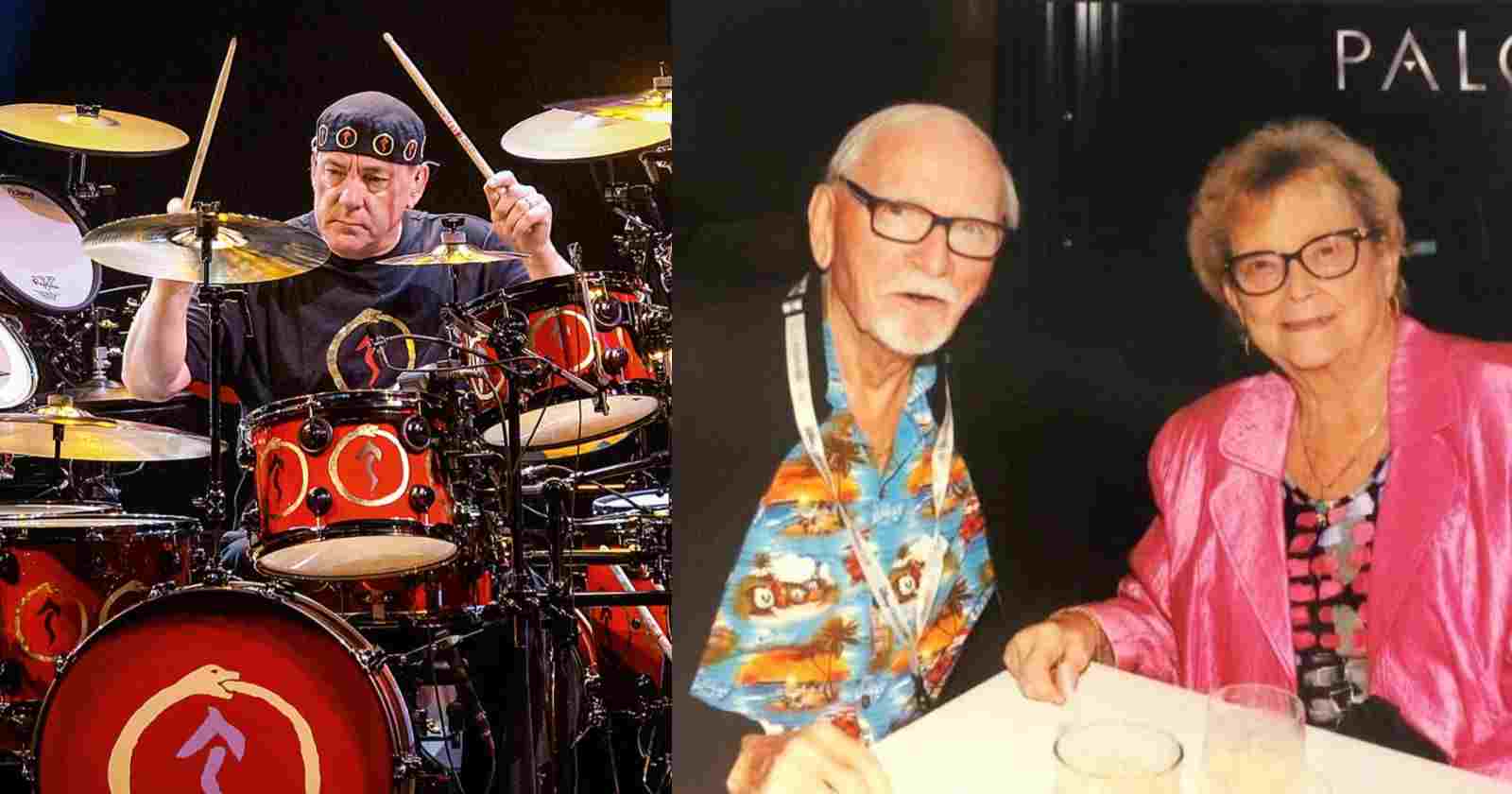 One year and half after Neil Peart‘s (Rush drummer) death, his father Glen Peart died, just like his son losing his battle with cancer. There is no information about his age and what kind of cancer he was battling. The news was shared by his wife Betty and Donna Halper that is media historian and radio consultant that discovered Rush and is a friend of the group for 40 years.

Along with his wife, Betty Peart, Glen had four children, Neil being the eldest. The musician’s father was the president of an agricultural equipment dealership, which had a then-young Neil as an employee before joining Rush.

The Peart family said on Facebook about the death of her husband Glen, last saturday June 12:

“On behalf of our Mother and all of our family members, The Peart Family would like to thank everyone for the expressions of sympathy for the passing of our very beloved Glen; husband, father, grandfather, & great grandfather. Thank you to Hospice Muskoka Andy’s House staff for the wonderful care and facility.”

“I am told that late last night, Neil Peart’s dad lost his battle with cancer and passed. Many of us in the Rush fan community had the chance to get to know Glen. He was a dear person. Please keep the family in your thoughts during this difficult time.”

I am told that late last night, Neil Peart's dad lost his battle with cancer and passed. Many of us in the Rush fan community had the chance to get to know Glen. He was a dear person. Please keep the family in your thoughts during this difficult time.

In an interview with Farm Equipment back in 2019, Glen talked about his son’s life before joining Rush:

“This was a natural fit; he had worked with me for several summers while attending school, was good with numbers and had an easy way with people. But Neil had only one burning passion — “to be a drummer!” He had several local gigs and some local success. But he was disgusted that the other band members did not share his passion.”

“In the fall, we built a plywood crate for everything he owned — pretty basic — plus his precious drum kit, and off he went. The pickings were pretty slim; he ended up working for a Canadian who operated a souvenir shop on Carnaby Street in London. Neil was to clean up the old store paint it and get it ready for merchandise to put on the shelves. Neil had been working this project for a few days when the owner popped into the shop and said “I’m going to be away for a few days, the merchandise will be arriving. Could you just open the cartons and put it on the shelves?”

“Neil was glad to have the job. As it arrived, he lined it all up on shelves as he had done many times in our dealership. When the owner returned, he was so pleased he said, “Why don’t you stay here and manage this store for me? His dealership experience did pay off!”

“In the fall of 1973, our dealership won a sales campaign trip to England with many other Canadian dealers and his mother, Betty. I had the chance to spend a couple of days with him in London. Betty was concerned that he was so thin and pale. The English climate will do that to you, but he was obviously homesick and missed all his friends.”

“Neil and I had a talk. I said “Neil, you are managing the store here and I have a Parts Dept. that could sure use you!” So I know this was working on him and in the New Year (1974), he sent us a note and said “Dad, I’m coming home!” I don’t know who was happier — his mom or dad — but it was a celebration!”

“When he arrived home, we computerized the parts inventory, set up some new controls and he slipped into the position quite comfortably. I know that all of the basics and the experience he had working with all our other employees formed a solid base on several levels that helped him cope with all the new challenges he would be facing!”