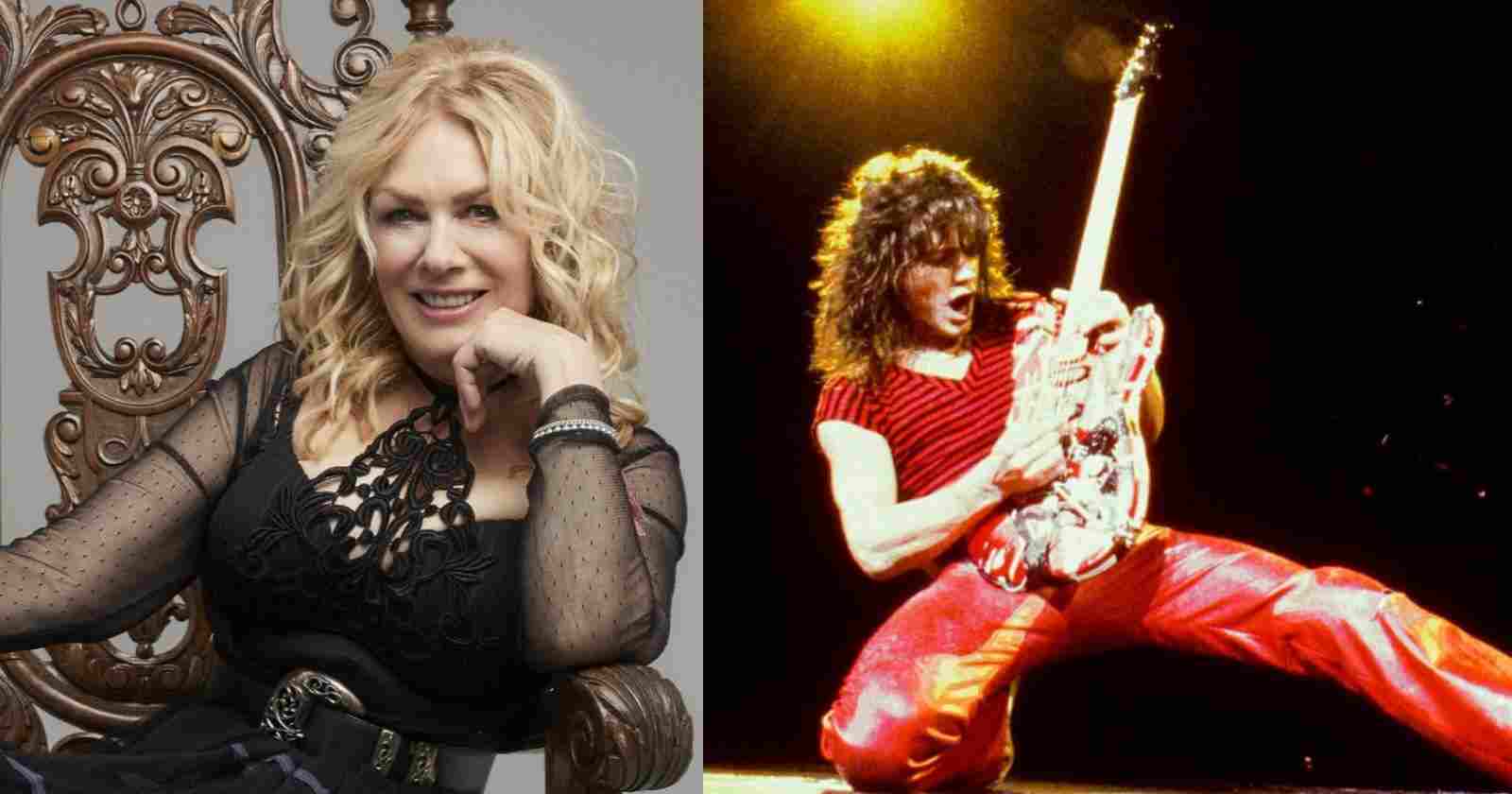 Heart guitarist Nancy Wilson recalled in an interview with Lazer 103.3 that she gave Eddie Van Halen the first acoustic guitar he ever had. Even after becoming a rockstar the musician dind’t had an acoustic guitar.

Nancy Wilson says she gave Eddie Van Halen the first acoustic guitar he ever had:

“My favorite Eddie story to tell – we were opening for Van Halen and traveling with Van Halen for a while, and he was telling me one time, ‘I really like the way you play your acoustic guitar. And I said, ‘Gosh, coming from you, that means a lot. How come you never play acoustic?’ And he said, ‘Well, I don’t really have an acoustic.’ I’m like, ‘What? You’ve got one now because I’m handing you this one.’

“And so later the next morning – like, in the early hours – he calls my hotel room because we didn’t have cell phones then yet, and I picked up and he’s like, ‘Man, I’ve been up all night.’ He played me this really beautiful, just excellent, gorgeous piece, almost like a rock classical, you know, an instrumental piece, and I’m like, ‘Oh my god, I’ve never heard anything quite like that.’

“And I guess I still have no idea if he ever recorded that. I said, ‘You have to record that.’ If it exists somewhere, we’ll probably find out now that he’s not around anymore. He was as sweet as they come, and just a genuine, wonderful guy.”