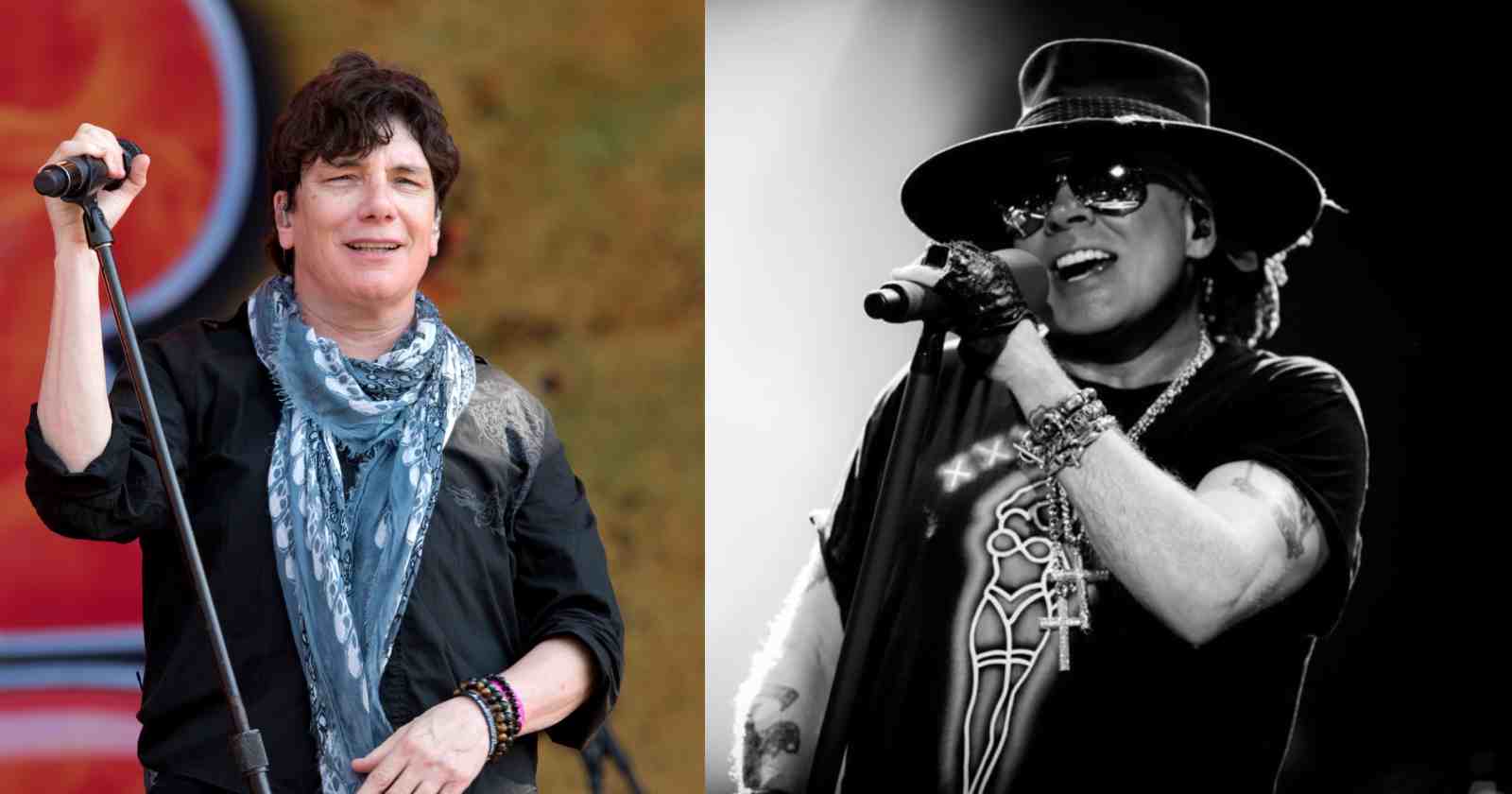 “I look at him more as a performer, and I didn’t really care what some of it and I love Guns and Roses, it’s kind of almost a thing where, I know Motley Crue fans are going out, ‘Eric Martin, he sucks!’ I didn’t care for Vince Neil either, but certain songs, ‘Dr. Feelgood’ kicked ass, cool song, his voice sounds great. ‘November Rain’ floored me, and then I became an instant fan, like, then I trained my ear to go there.”

“I’m more – I like the soul rockers like Paul Rodgers, with melody and soul, and I didn’t get Axl in the beginning, and then when I heard him do ‘November Rain’ or ‘Live and Let Die,’ actually, that’s when I kind of went, ‘Oh man, this guy’s got something.'”

“I know Bumblefoot, we have a lot of the same friends. But I never met Axl [Rose], I would like to one day, and I have run into Slash, I was introduced to Slash once, nice people.”