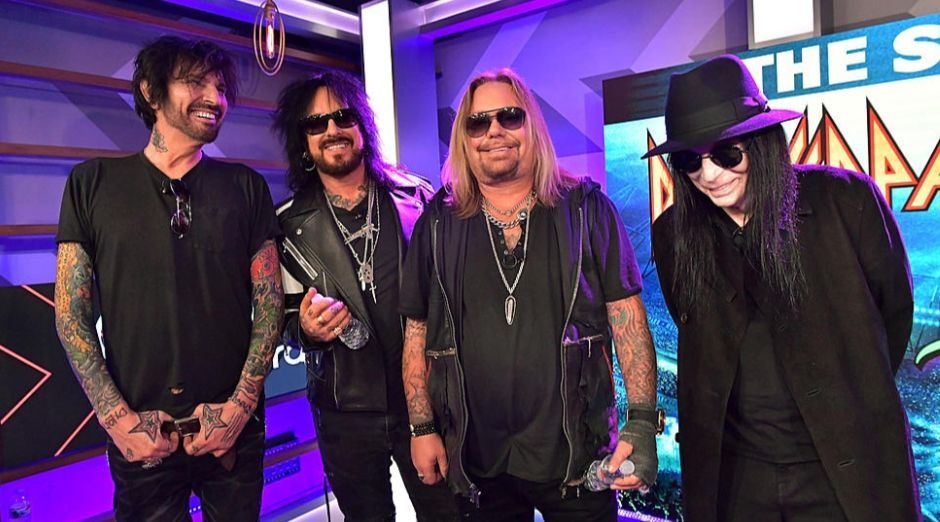 The awaited Mötley Crüe reunion tour that would happen in 2020 all over United States was postponed to 2021 due to Covid-19. The stadium stadium tour would have special guests Def Leppard, Joan Jett and Poison.

Mötley Crüe said about the postponement to 2021:

“We wanted to continue to communicate with our fans and update you with valid information as it becomes available. The official decision has been made to move all 2020 North American Stadium Tour dates into the summer of 2021.”

“The new stadium dates are being rescheduled, your tickets will be honored for all postponed shows and refund policy information will be made available shortly. Stay tuned, be safe and we will see you next year. Mötley Crüe, Def Leppard, Poison and Joan Jett and The Blackhearts”

Following the success of Netflix’s biography “The Dirt”, Mötley Crüe decided to return to the stage. Because younger audiences’ interest in the band had grown. The film brought a 350% increase in the band’s music streams across platforms. And the youngest age group between 18 and 44 now represents 64% of the band’s fanbase.

Crüe is also celebrating the 30th anniversary of the album “Dr. Feelgood” (1989) this year, entitled to a luxurious relaunch. They announced the return of their activities almost 4 years after completing their farewell tour in December 2015. The news was announced by the band on their official website after several speculations about their return circulated in the specialized press and Vince Neil even denied the reunion.

In a statement, Mötley Crüe confirmed that they had broken the agreement signed at a public event stating that the band would never meet again. The reason is that, according to the group, a new audience is coming. Due to the success of Netflix’s “The Dirt” biographical movie.