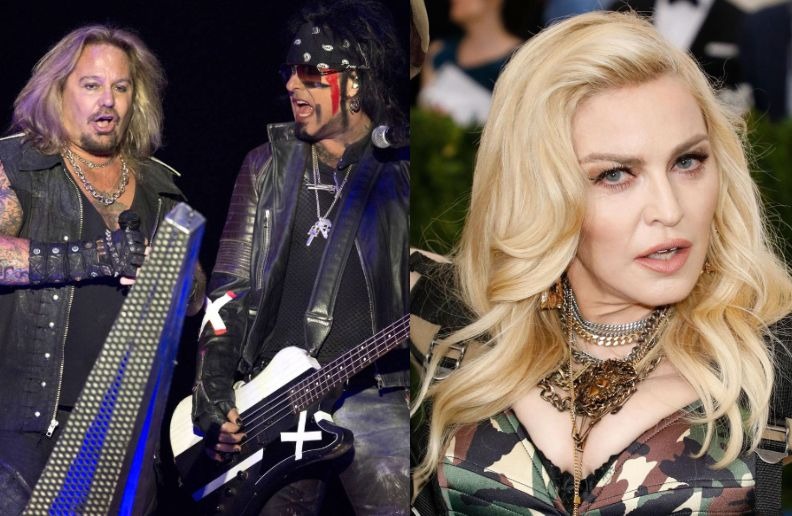 Mötley Crüe released on Friday (22) the tracklist of the soundtrack of “The Dirt”, their biopic that arrives on Netflix on March 22. The band recorded four new songs for the project, including a cover of “Like A Virgin” by Madonna.

As expected, the soundtrack to “The Dirt” will all be Mötley Crüe songs – especially the band’s classics in the 1980s. The four new recordings are “Ride With The Devil,” “Crash And Burn “, the cover of “Like A Virgin” and the track “The Dirt (Est. 1981)” – the latter with the participation of rapper Machine Gun Kelly (who plays drummer Tommy Lee in the film) and released for audition this Friday (22).

Check out the tracklist of the soundtrack for “The Dirt” below: