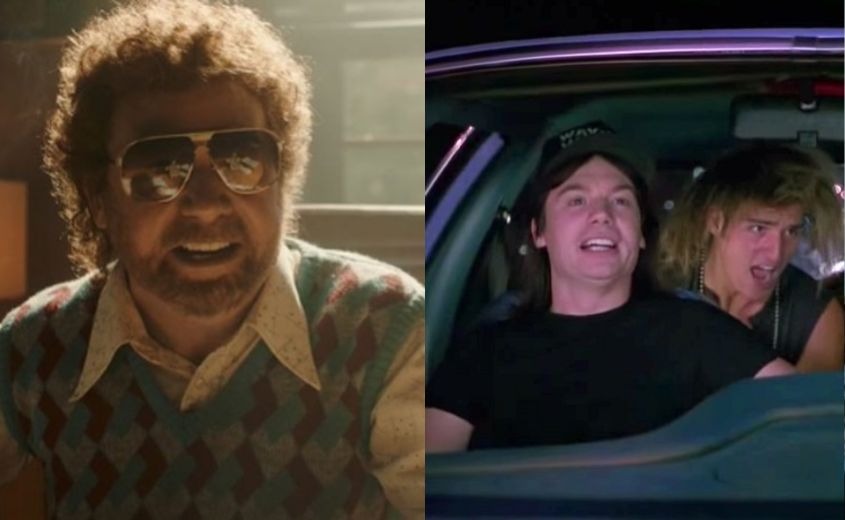 One of the most striking scenes from Wayne’s World happens at the beginning of the film, when the nerd duo of rockers Wayne Campbell and Garth Algar (lived by Mike Myers and Dana Carvey) with some friends nod to the sound of Queen’s “Bohemian Rhapsody”.

The scene was so successful that Queen, who at the time (early 1990s) was halfway down in the United States, ended up in second place with the song:

“I didn’t know Mike Myers.” He called me up and told me that they had filmed this sequence for the film and asked for permission to do it, and asked to show Freddie Mercury, who was at the end of his life, that was confined in bed, I showed him and he loved. The point is that humor was an internal joke of ours, we did this kind of thing in our car, shaking with our own music!” guitarist Brian May said years later.

See the scene below:

In 2014 Mike told during an interview that the famous scene narrowly did not happen since he wanted to use Queen’s song but the producers insisted on a song from Guns N ‘Roses. “They were very popular back then, they bombed MTV and it’s a fantastic band, while Queen was kind of forgotten, but I’ve always loved Bohemian Rhapsody, i think the music is a masterpiece, so I fought hard for it to be used, I even went so far as to say that I was out if she did not enter.”

And now in 2018, in the newly released Queen’s biography entitled “Bohemian Rhapsody,” Mike Myers, who returned to theaters after ten years, plays the role of Ray Foster, an EMI executive who declines to release the song because he believes it has no popular appeal.

In the scene reproduced below, Mike complains about the long six-minute performance and Freddie, played by Rami Malek, replies, “I’m sorry for your wife, if you think six minutes is a lot.”

The enigmatic life of John Deacon, Queen’s bassist that is out of the spotlight for the last 20 years
See Dave Navarro net worth, lifestyle, family, house and cars
Advertisement
To Top