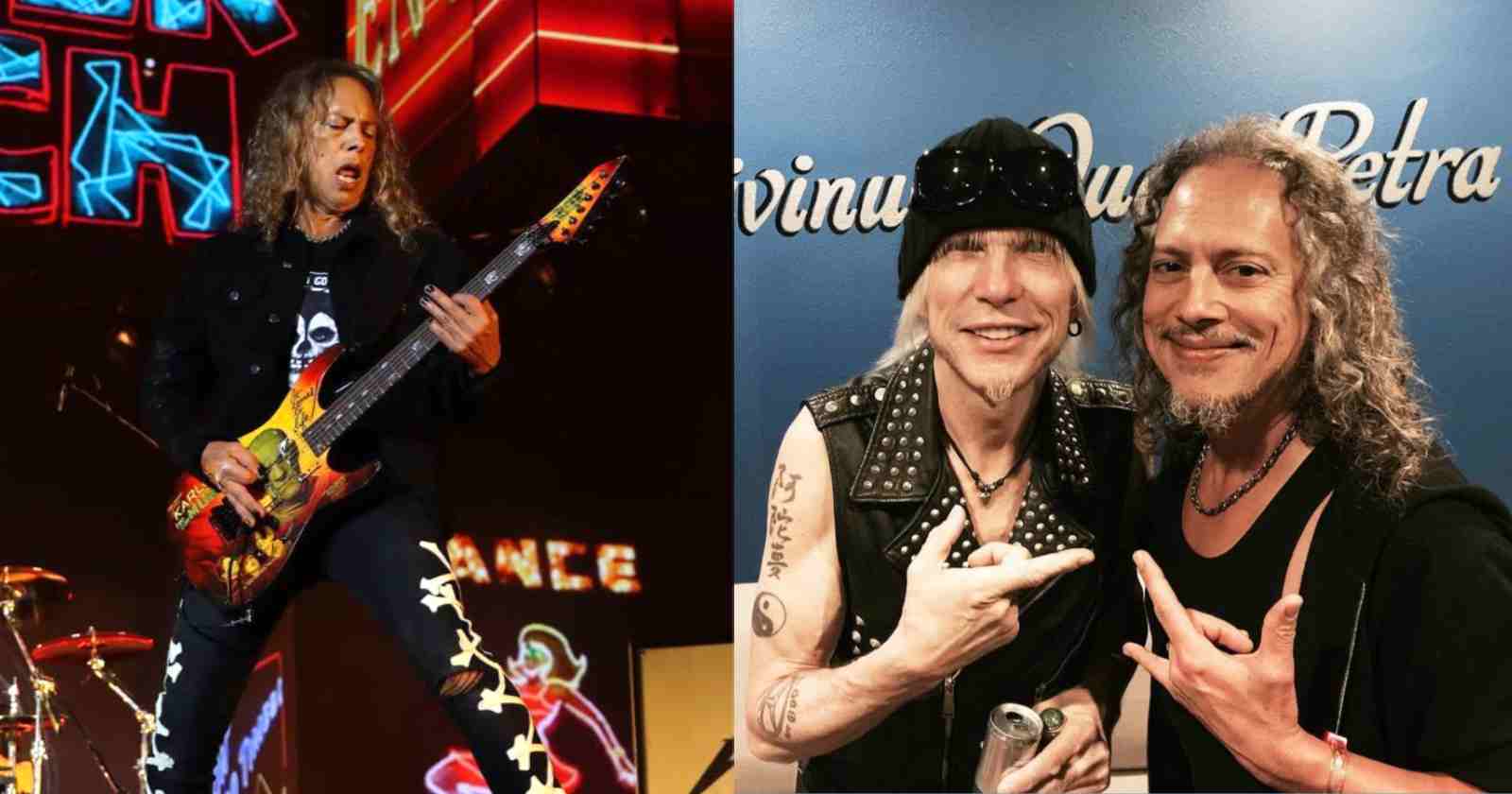 Metallica guitarist Kirk Hammett revealed in an interview with Pop! Talk (Transcribed by Ultimate Guitar) his favorite song of all time and explained why he likes the track so much. In the same interview he said that if he could pick any band dead or alive to play with would be The Band Of Gypsys that played with Jimi Hendrix by the end of his career. He also was asked to chose Kiss or The Beatles as his favorite band and he chosed Kiss.

Kirk is Metallica’s guitarist since 1983 and was inducted into the Rock and Roll Hall Of Fame as a member of the group back in 2009.

Metallica’s Kirk Hammett reveals his favorite song of all time

“One of my all-time favorite songs is ‘Shoot, Shoot’ from the UFO when I was 15 or 16 years old. You know, just learning how to play guitar in my room. (When) I first learned that song earlier that afternoon, I was just so blown away by the guitar playing, and just the riffs and everything.

“Then I proceeded to play it like throughout all my teenage years – in my bedroom, just alone with the recording. So, when I look back at that time, I think why that song is kind of, like – it was a big part of my development as a guitar player and just finding my style. It has a lot of the elements that I learned then, and that I still use now today in Metallica. Very basic elements. But it’s still there. So, that’s why it’s my favorite song I think.”

In the same interview he revealed that a band that nobody would guess he likes it’s the 60s American band The Association and his favorite album cover is the one from Iron Maiden’s debut, because it caused him a lot of impact when he first saw it when he was a kid.

The British band remains as one of the most underrated Hard Rock bands in history. Not much remembered by the mainstream, UFO influenced a whole generation of muscians that became famous later on. Besides Hammett another big fan of the band is the Iron Maiden leader, bassist and main lyricist Steve Harris.