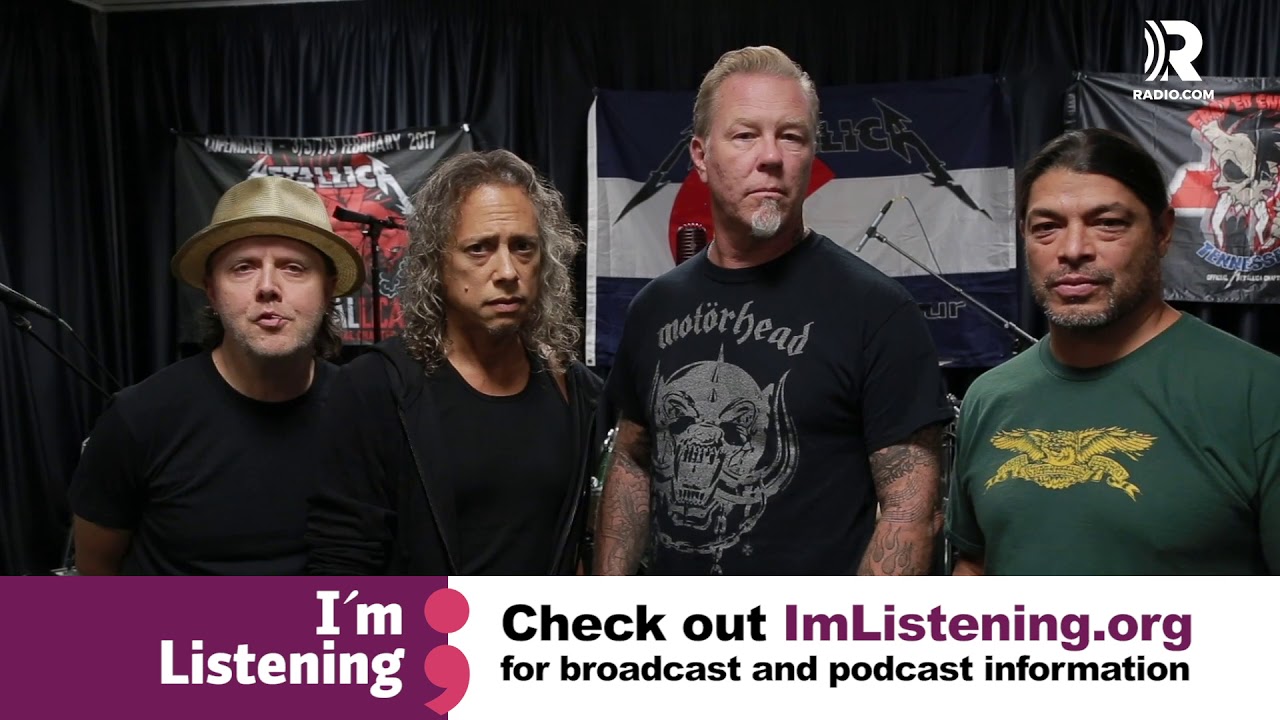 Radio.com, run by Entercom, will hold a two-hour broadcast on September 9 as part of a suicide prevention campaign. The attraction, called “I’m Listening,” has the involvement and support of several famous names in rock and heavy metal.

The idea of ​​the “I’m Listening” is to broaden the debate on mental health and raise awareness about suicide, whose rates have grown in many parts of the world.

Among the musicians involved are members of Metallica, Stone Temple Pilots, Mike Shinoda (Linkin Park), Jared Leto (Thirty Seconds To Mars), Mike McCready and Stone Gossard (Pearl Jam) and Lest Hale (Halestorm). It was also confirmed the participation of artists of other styles, such as Alessia Cara, Logic, Halsey and more.

See below some videos with testimonials of the musicians involved with the program:

The yellow ribbon is also an emblem for suicide awareness. “The Yellow Ribbon Suicide Prevention Program” is a community-based program primarily developed to address youth/teen/young adult suicides (ages 10–25) through public awareness campaigns, education and training and by helping communities build capacity.” The program began in September 1994 after the suicide of 17-year-old Mike Emme.