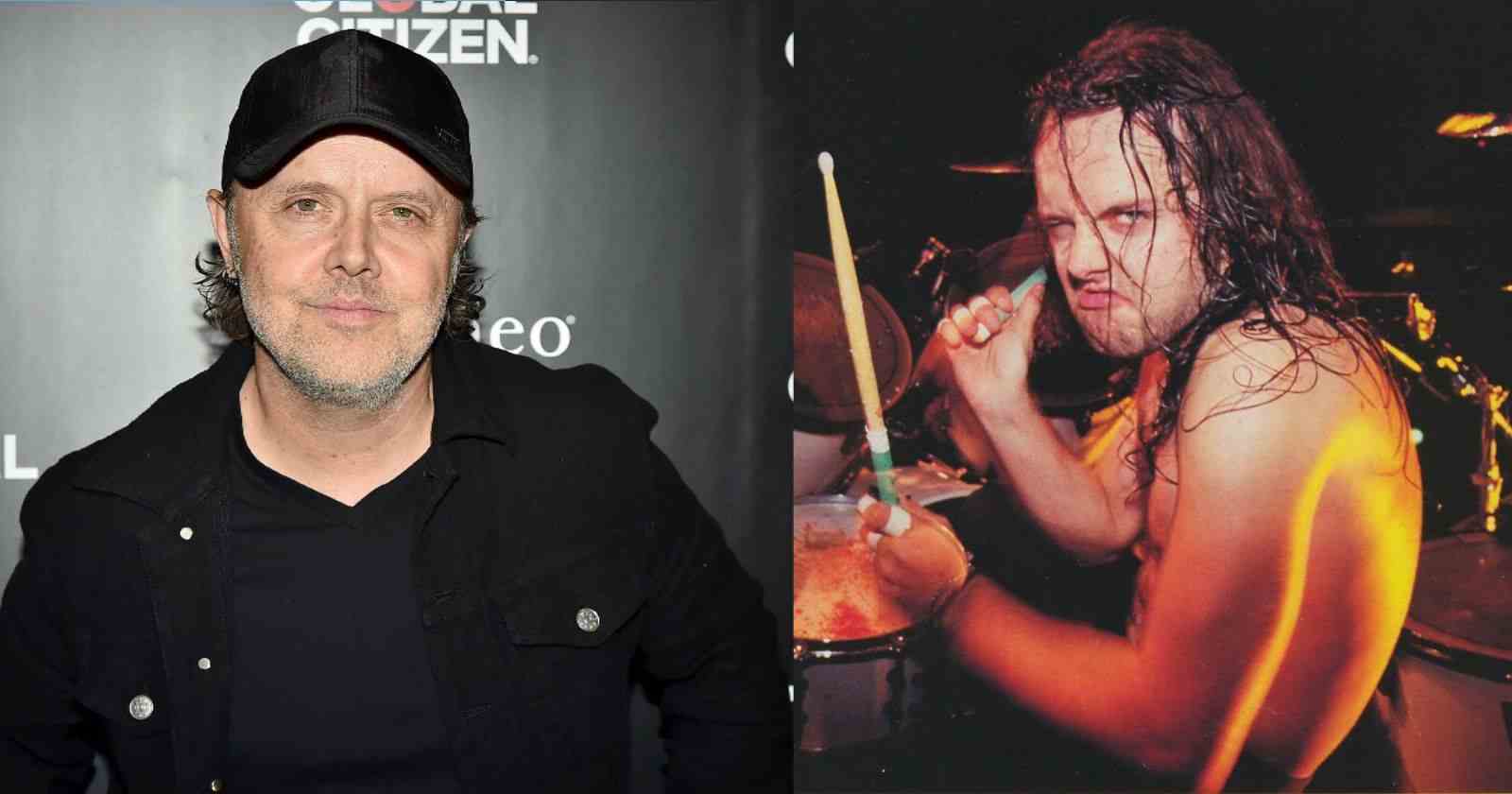 Metallica drummer Lars Ulrich elected in an interview with Classic Rock magazine his favorite singer, guitarist and songwriter. The musician also recalled the first song he remember hearing and the first one he played live.

“Bon Scott was the coolest singer ever – the vocal delivery, the tongue-in-cheek double entendres and the magnetic personality. Those early AC/DC records – Dirty Deeds Done Dirt Cheap, Let There Be Rock, Powerage, Highway To Hell – are just fucking timeless.”

“Ritchie Blackmore. The first concert I ever went to was Deep Purple. I was nine years old, and I still can close my eyes and see him taking the black-and-white Stratocaster and playing it with his foot or grinding it against the PA speakers. That left an impression on me. I think he was the best guitar player of that generation, and for me the epitome of the guitar hero.”

“Noel Gallagher. The hardest thing in the world – trust me, we know this first-hand – is to write a simple song. And the shorter and simpler, the harder it is. Those great Oasis songs – Wonderwall, Live Forever, Supersonic – if you hear Noel do them by himself, just guitar and voice, it’s pretty incredible what those songs break down to when you’re that naked and that vulnerable.”

In an interview with The Guardian back in 2016, Lars said about Oasis: “Oasis has been the soundtrack to my life for the last 20 years on this wonderful planet. I have stories and pictures in my mind that go along with everything, from the first time I heard particular songs and read certain articles, to hearing about the band’s shenanigans and festivities.”