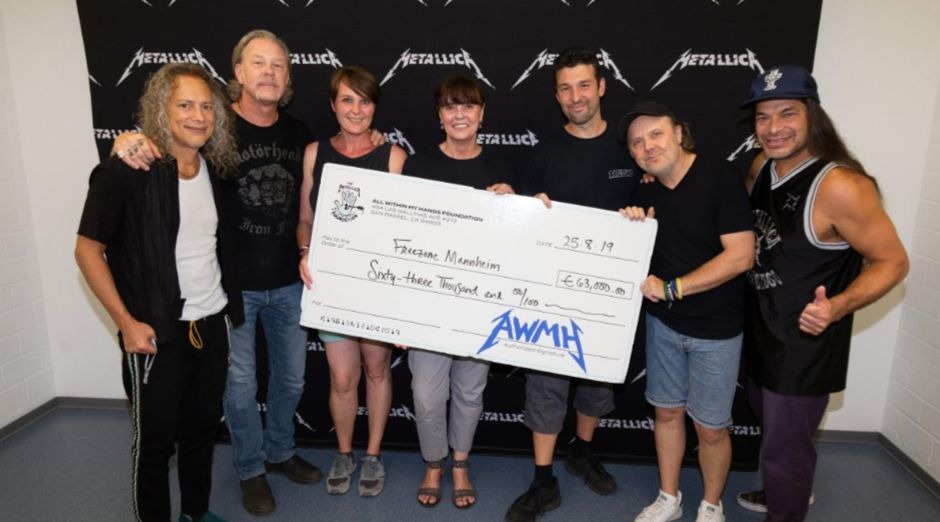 The guys from Metallica finished their European tour last August 25 in Mannheim, Germany. At each performance, the band allocates part of the proceeds to the charity through its All Within My Hands foundation, created in 2017 as a means of investing in the people and places that the Californian group goes through.

According to Metallica, the European leg of the WorldWired tour had 25 shows that yielded 1.5 million euros to various charities.

The band’s final contribution to the European summer of 2019 came last week in the form of a 63,000 euro check to Freezone Mannheim, an organization that offers welfare services for homeless children in the local community.

The band tweeted a photo of the four Metallica members and three representatives of the German entity holding a check along with the caption: “Thanks to everyone who attended a #WorldWired European concert for helping us donate over 1.5 million euros to local charities during the 25 gig tour.”

A HUGE thanks to all who attended a #WorldWired European show for helping us donate over €1.5million to local charities over the course of the 25-show tour. And special thanks to #MetInMannheim fans for wrapping it up with this contribution to Freezone. #MetallicaGivesBack #AWMH https://t.co/PwKoKuKtyI