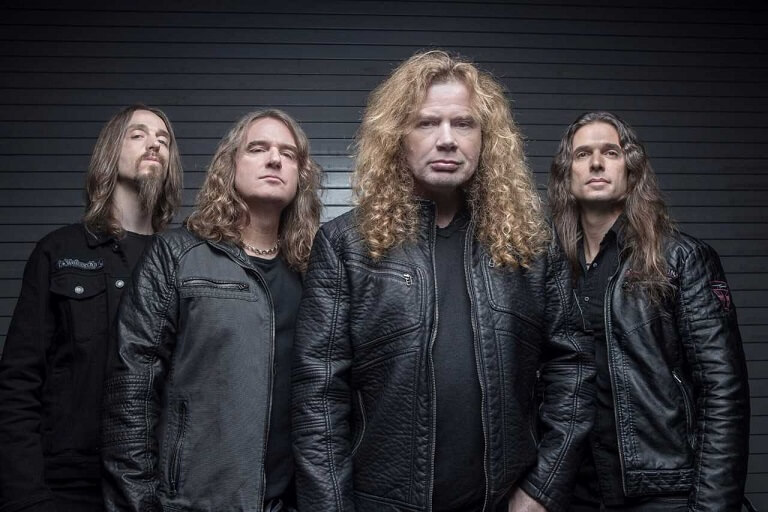 Dave Mustaine posted on his twitter a short excerpt from Dirk Verbeuren’s drums on one of the tracks on Megadeth’s new album.

The band’s 16th album, which comes out in 2019, features Chris Rakestraw, who co-produced “Dystopia.”