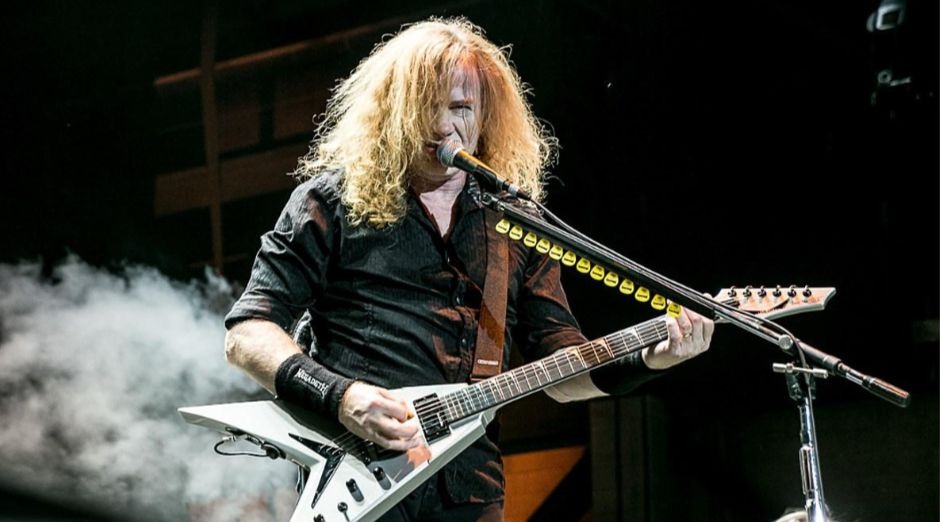 Megadeth leader Dave Mustaine revealed in the concert held at the SSE Arena in London, UK in January 31 that he is 100% free of cancer. Since last month the band is playing live again.

“About a year ago, we were working on our new album back in Franklin, TN, and I started to feel some pain here *points at throat*, so I went to the doctor and he said, ‘Dave, you have cancer.’

“And we stopped the record, we stopped everything, I went into treatment for cancer. It was 51 radiation treatments and nine chemo treatments.

“So I would pray – I know a lot of you guys know that I pray, I say that in ‘Peace Sells’ [refering to the ‘What do you mean I don’t believe in God? I talk to him every day’ line in the 1986 song]; I pray every day, I say that in the song, I’ve been saying it since the second record.