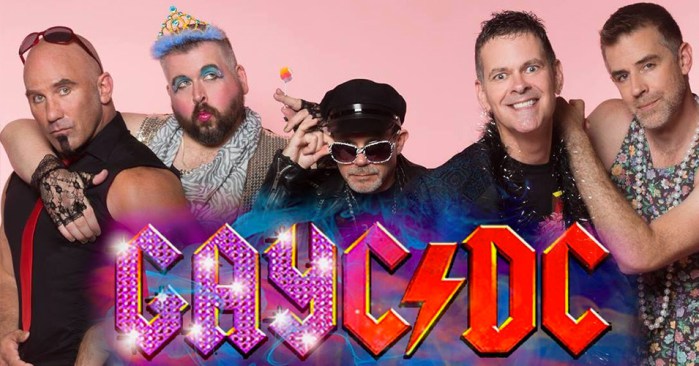 It was founded in Los Angeles a tribute band to the legendary Australian group called GayC/DC, and it is formed only by gay men.

In addition to presenting a lot of pink references and making it clear that they are there to make an impact, members of GayC/DC also change the names of the songs and their theme, since as drummer Brian Welch explains, the part of the lyrics was never exactly what caught his attention in the band:

“I grew up listening to AC/DC, they are part of my DNA. But all this toss ‘boy/girl/boy picks up the girl’ was not something I was related to. I wanted the songs to talk to me and that’s one of the big reasons we started this band. Now these iconic songs can talk to others who felt the way I felt. And who can resist taking the songs to the most fabulous end! We loved the AC/DC. That’s why we play the songs exactly as they are, but we have fun changing the lyrics a bit.”

Chris Freeman, lead singer of the band, also talked about it with LouderSound:

“I think the same thing. For me, the whole experience of AC / DC has to do with the heterosexuality, the male, and that part was difficult for me to relate to. But I loved the song, with the instrumental I identified very much.” 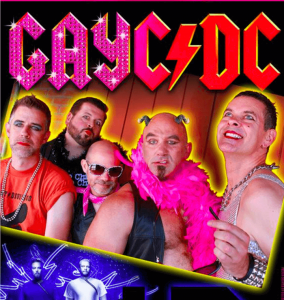 It is worth mentioning that Chris Freeman is a member of the legendary punk band Pansy Division, who in the 1990s toured with Green Day and even had his name printed on shirts worn by the band members.

With seven studio albums in their baggage, they even released their albums by influential record labels such as Alternative Tentacles, by Jello Biafra (Dead Kennedys) and Lookout !, which in addition to revealing Green Day still put the name of several Punk bands Californian rock on the map.

After beginning to play with covers bands with a tribute to The Go-Go’s called The Gay-Gay’s, they came to call attention to the GayC/DC and its illustrious collaborations, like the video in which they appear playing “TNT” next by Sebastian Bach (Skid Row).