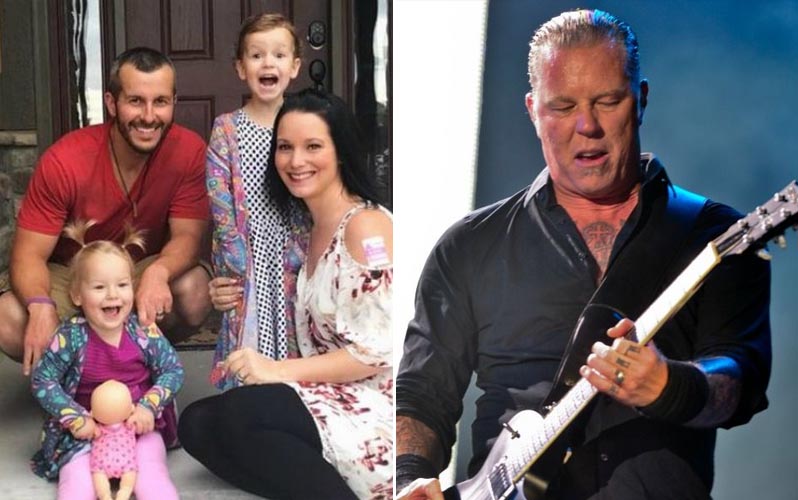 Christopher Watts is a 33-year-old American who was sentenced to life in prison for murdering the pregnant woman and his 3 and 4 year old daughters. He pleaded guilty not to receive death penalty, and he wont be eligible for parole.

But an unusual occurrence caught the attention of the media, as a local station obtained the full police report, and it is reported that Watts murdered his wife, Shannan and their two daughters, Bella and Celeste, in August, and in one of the intervals between the time he committed the crimes and buried the bodies in an abandoned pit, Watts found time to access the internet and look for the lyrics of Metallica’s “Battery.”

Of course it was not long before some sites established a connection.

The song lyrics, released by Metallica in the 1986 “Master of Puppets”, have a passage that says: