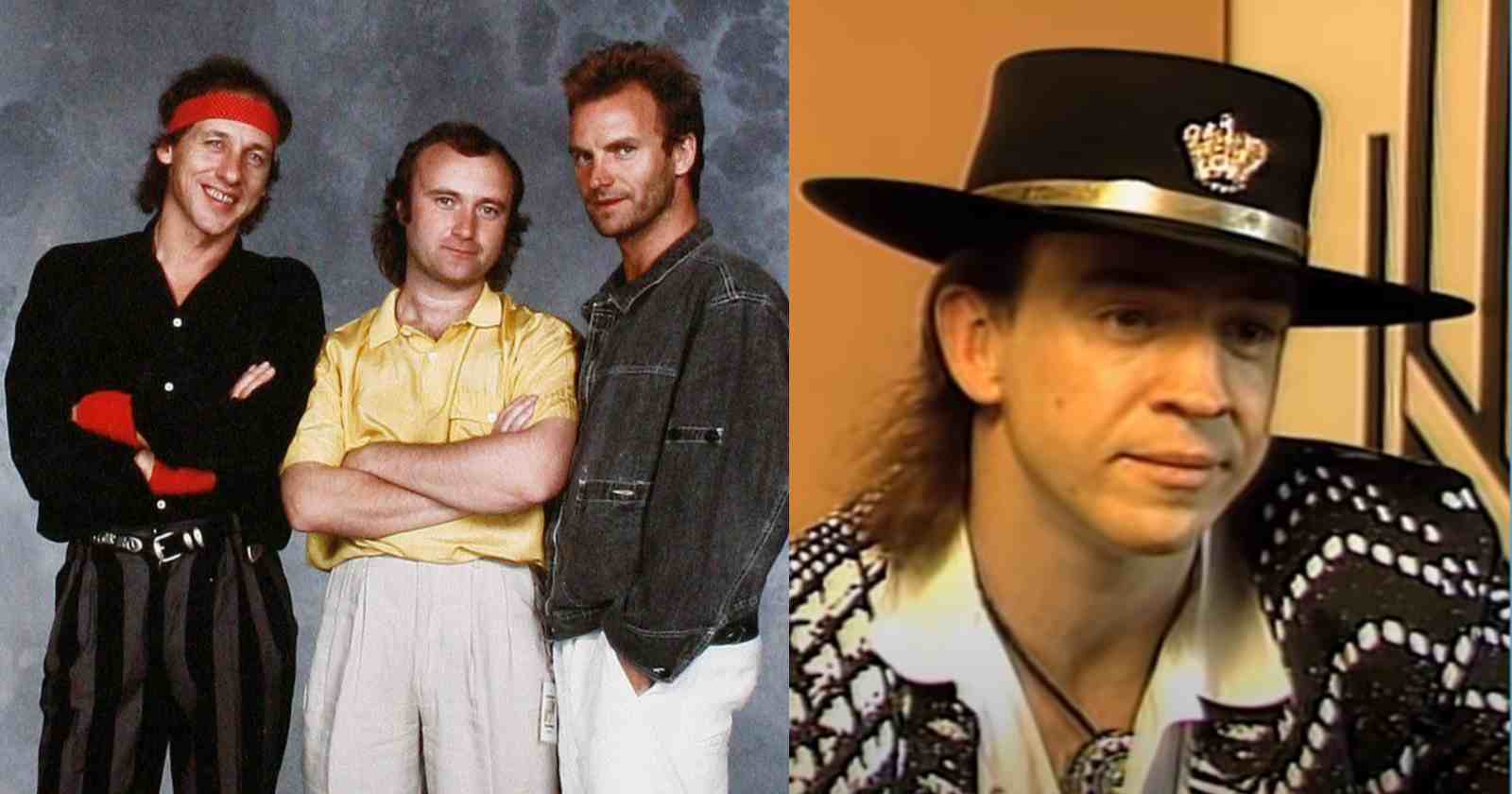 One of the most influential Blues musicians of the last decades, Stevie Ray Vaughan helped to bring the music genre back to the mainstream again in the 80s after releasing classic albums like “Texas Flood” (1983), “Couldn’t Stand the Weather” (1984) and “Soul to Soul” (1985). After the success the musician even helped many old Blues players that were kind of forgotten by the music labels and gave them conditions to record new albums.

Sadly his career was cut short after he died in a tragic helicopter crash back in 1990 at the age of 35. Over the decades many musicians from differente genres talked about Vaughan and his music. Two of those artists were guitarist Mark Knopfler (Dire Straits) and Phil Collins (Genesis, solo).

“He was one of the best ever. You know, he was really, really tremendous, especially later on. You know, I thought that uhm…something was happening where the Hendrix and Buddy Guy influences were giving way to some real powerful stuff. He’s one of the best I’ve ever heard, no question,” Mark Knopfler said.

The British guitarist had the chance to see the late Texan musician playing live sometimes when Stevie Ray Vaughan was Dire Straits‘ opening act on some dates back in the mid-80s.

At the time Vaughan had already released his acclaimed albums “Texas Flood” (1983) and “Couldn’t Stand The Wheather” (1984). Dire Straits already was a very succcesful band that had classic records out like “Communiqué” (1979), “Love Over Gold” (1982). They had also recently released their most famous album “Brothers In Arms” (1985). That record had hits like “So Far Away”, “Money For Nothing” and “Walk Of Life”.

Phil Collins had the chance to play with Stevie Ray Vaughan

The Genesis drummer and singer Phil Collins not only liked Stevie Ray Vaughan’s playing but he was lucky enough to have played with him on stage accompanied by names like B.B King, Eric Clapton and Albert King. That happend back in 1987 at L.A’s Ebony Showcase Theater that was broadcasted on TV.

“I only played with him once, and that was in the B.B. King special. And uh…Eric played, and I played drums. I’ve heard him play, and he’s obviously a wonderful player, and he was a true blues player as well,” Phil Collins said.

By the time Phil Collins shared the stage with the late Texan guitarist, he already was a respect and successful musician both as a member of Genesis and solo. He had already released best-selling solo albums like “Face Value” (1981) and “No Jacket Required” (1985).

Vaughan was born and raised in Dallas, Texas. He began playing guitar at the age of seven, inspired by his older brother Jimmie. In 1971 he dropped out of high school and moved to Austin the following year.

Stevie played gigs with numerous bands, earning a spot in Marc Benno’s band the Nightcrawlers. Later with Denny Freeman in the Cobras, with whom he continued to work through late 1977.

He then formed his own group Triple Threat Revue. But he renamed them Double Trouble after hiring drummer Chris Layton and bassist Tommy Shannon. He gained fame after his performance at the Montreux Jazz Festival in 1982. His debut studio album Texas Flood charted at number 38 in 1983. It was a commercially successful release that sold over half a million copies. Vaughan headlined concert tours with Jeff Beck in 1989 and Joe Cocker in 1990.