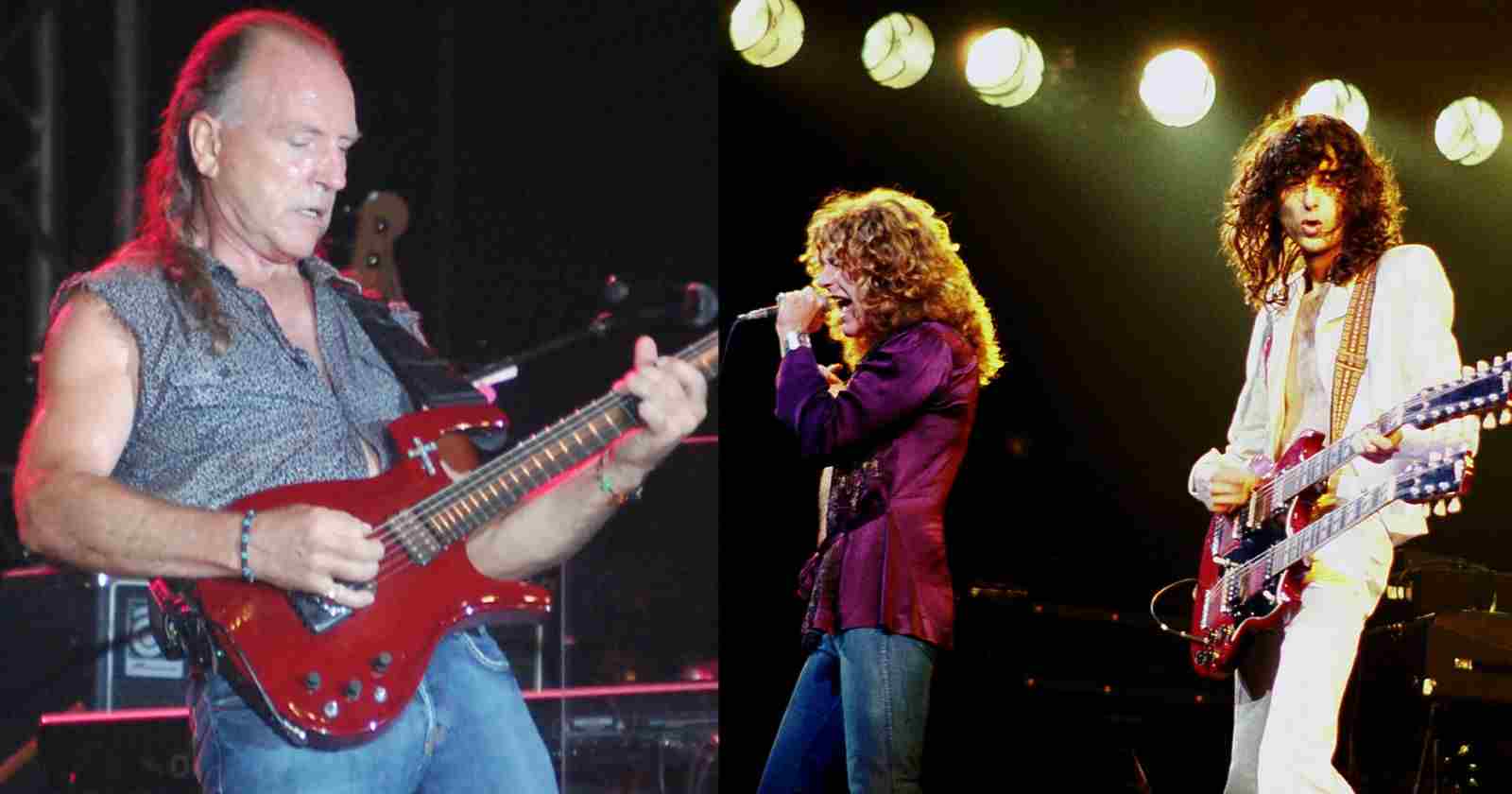 Ex-Grand Funk Railroad singer and guitarist Mark Farner recalled in an interview with KSHE 95 when the band opened for Led Zeppelin and the British band manager Peter Grant stopped their show because they were too good.

“When we opened for Led Zeppelin, we were on the tour for two days. We started in Cleveland, Ohio, and man, we really put it to them. The audience loved us, they just absolutely loved us, and then we went to Detroit, our stomping ground, Olympia.”

“And [Led Zeppelin manager] Peter Grant comes out and stops the show, he told Jerry, he picks him up by the collar – ‘Stop the show, I’m gonna pull the power.’ They did, they pulled the power. All of a sudden, you couldn’t hear anything but drums. I turn around, [drummer Don] Brewer’s back there playing the drums, and then he just stops.”

“And here comes [promoter] Terry Knight, walking on a stage and he says, ‘Due to contractual agreements, Grand Funk has to leave the stage now.’ He’s motioning to us to shoo, ‘Get the hell out of here!’

“We started making exit, all these boos, and then the bottles of whiskey, bottles of wine, bottles of beer… [Laughs] Oh my god, the show stopped right there for an hour and a half before Zeppelin took the stage.

“But that gave time enough for at least half the audience to empty out, and so Mel [Schacher, bass] and I went out and sat in the theater, in the seats about halfway and watch Led Zeppelin for a few songs.”

They kicked you off the tour because you were too good as an opening act? I never saw Led Zeppelin, but I’ve heard they weren’t that good of a live band. What would you say?