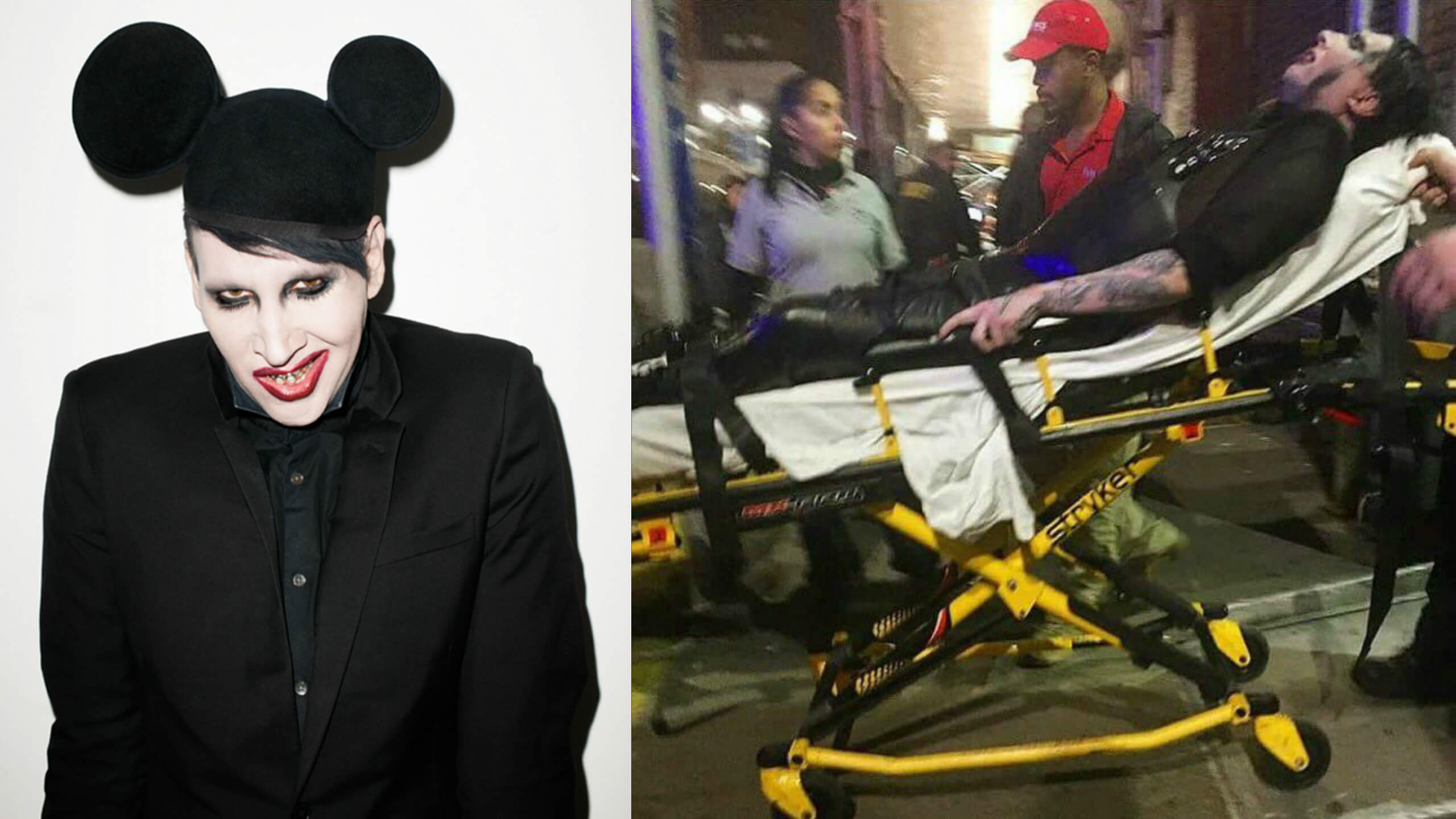 Marilyn Manson had to cancel the next nine dates of his “Heaven Upside Down” Tour following an onstage incident Saturday in New York in which the singer was crushed by a stage prop (click here to watch).

“Marilyn Manson is being forced to cancel several of his October dates on his forthcoming US tour. The shows from Boston, October 2 through Houston, October 14 will be rescheduled for a later date. Manson hopes to return to the stage soon, more details on upcoming shows to follow”, the singer’s rep said in a statement.

See below the photo of Manson going to the hospital: 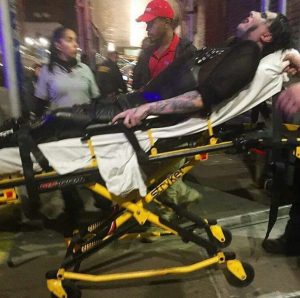 Back In Time: Lemmy Kilmister goes on stage with The Ramones
See Bruce Springsteen and Bryan Adams performing “Cuts Like a Knife”
Advertisement
To Top