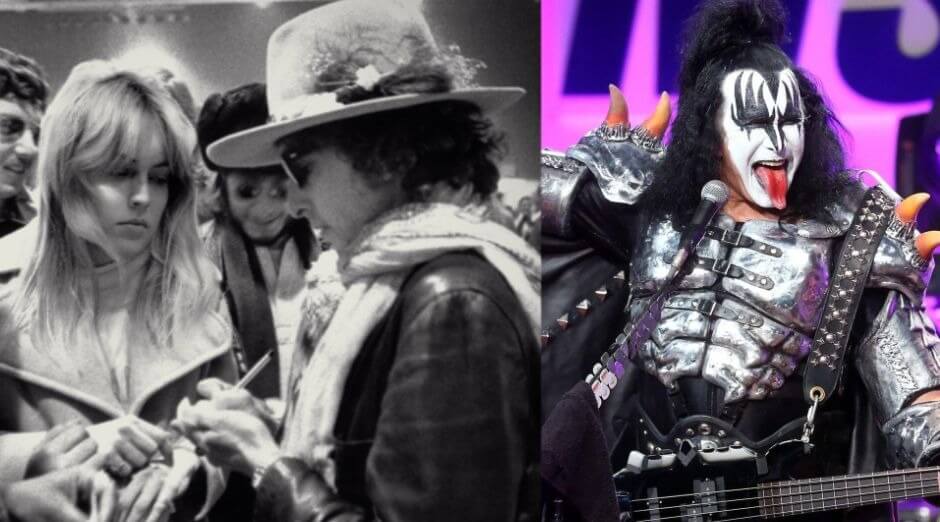 Ex-Guns N’ Roses manager Alan Niven (From 1987 to 1991) revealed a curious story involving Bob Dylan, actress Sharon Stone and Kiss‘ Gene Simmons. Niven talked in an interview with Mitch Lafon (Via Ultimate-guitar) about the connection between the three. (Updated) However after checking we found out that the story is actually a joke created by Martin Scorsese and Bob Dylan for the singer’s documentary

On the film when Sharon Stone (playing herself) talks about a being a 19-year-old student when the Rolling Thunder Revue came to her town and then hitting the road with the tour for a brief time after Dylan took a liking to her. None of this is true and the photos of them together are phony. So Alan Niven fell for the lie created by Scorsese and Dylan who played with the viewer in “Rolling Thunder Revue: A Bob Dylan Story”.

Manager Alan Niven said about the Bob Dylan story with Sharon Stone and Gene Simmons (That was actually created by Bob Dylan and Martin Scorsese): 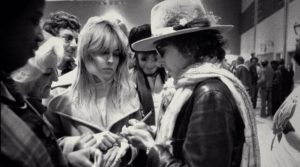 “I actually have a little KISS story for you that you may or may not know, that I found quite delightful. Bob Dylan is obviously one of my heroes. I’m fascinated to find out what I can that exposes exhibits and illustrates his personality and character. Because I think he’s far more grounded, far more humorous than most people realize.

“I found this little story where they were out with – he hadn’t been touring for a long time, and he went out with the thing called ‘Rolling Thunder Revue’ [in 1975-76].  One way or another, this extremely attractive 16-year-old blonde girl got into the mix backstage.

“And Dylan one day sits down and says, ‘Hey honey, I just wrote a song for you,’ and he plays on a beat-up piano ‘Just Like a Woman’ [originally released on 1966’s ‘Blonde on Blonde’] and reduces this gorgeous 16-year-old to tears.

“Well, the 16-year old was called Sharon Stone. Then she finds out that he actually wrote it 10 years previous. But she was kind of delighted that Dylan sang that song and dedicated it to her. Even though he claimed that he wrote it for her. Which I thought was kind of entertaining.

“But he called her Kiss because she was wearing a KISS t-shirt. So everywhere that she was backstage, he would look at her and say, ‘Hey, Kiss, let me play you a song.’ Sharon Stone was Kiss to Bob Dylan.”

“Bob Dylan went to see Kiss in the very early days, he was interested. And another little link there is that if you see any film from the ‘Rolling Thunder’ tour. You’ll see that Bob Dylan is in white face. He got that from watching Gene Simmons put makeup on prior to a gig; he thought it was interesting.”

Back in 2018 Gene Simmons released a box called “The Vault” with never released recordings and there was songs he made with Bob Dylan.