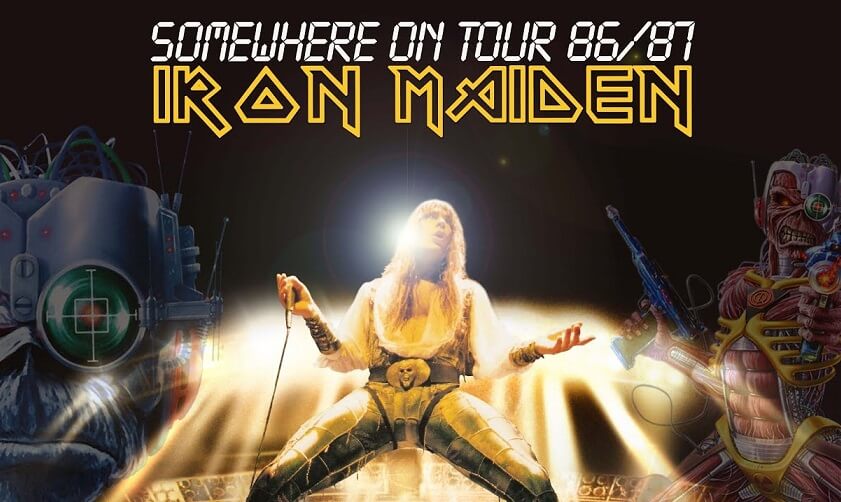 During a conversation with Metal Hammer, Steve Harris explained why there are no official footage from the classic tour “Somewhere In Time”.

Read what he said:”What I remember most about the ‘Somewhere In Time’ tour was arguing with Rod Smallwood, I really wanted to film the tour, but he was against the idea.

But it was a fantastic tour, everything was great, but we didn’t shoot anything. We did the ‘Stranger In A Strange Land’ video at Sheffield City Hall, but otherwise we have virtually nothing else. But what can I do? You pay me Rod, ahahah! ”

Somewhere in Time is the sixth studio album by Maiden, released on 29 September 1986 on EMI in Europe and its sister label Capitol Records in North America. (It was re-released by Sanctuary/Columbia Records in the United States in 1998.) It was the band’s first album to feature guitar synthesisers.

Since its release, it has been certified platinum by the RIAA, having sold over one million copies in the US.