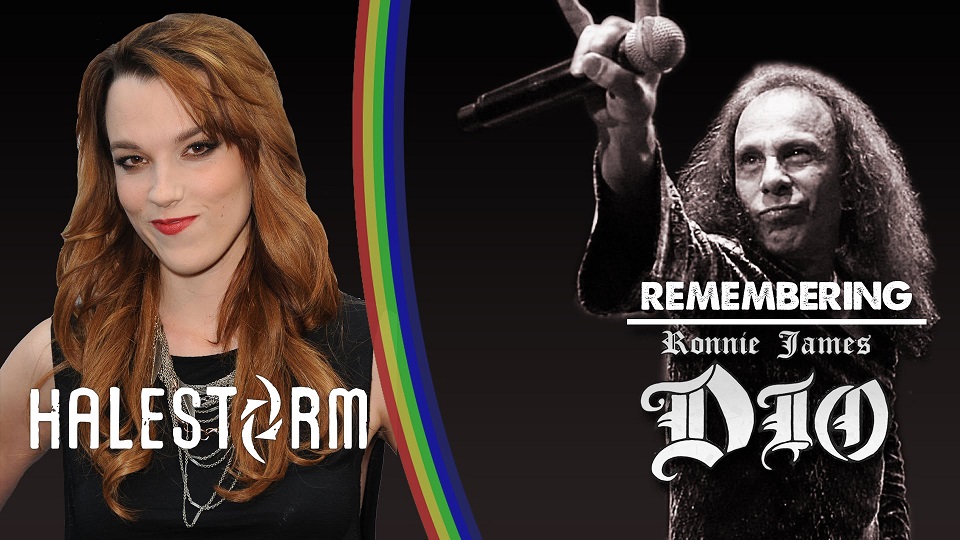 In a recent interview with Hawaii Public Radio, Halestorm vocalist and guitarist Lzzy Hale talked about what it was like to have attended Ronnie James Dio’s last gig in 2009.

“It was one of those happy accidents that happen sometimes,” he recalled. “We were in between tours, and kind of going home for a few days off. Coheed & Cambria were doing the opening gigs but could not attend on the last date. Then things worked out perfectly. Our manager called, made the proposal, and I said I would do whatever it takes.”

She admitted being a fan of the musician since she was a child, and the opportunity made the childhood memories come back. “It was just a show, but it was the kind of thing that reminded me of why I do what I do. They were wonderful. It’s funny to think now of how nice they were with us, spending the night with us and welcoming us even though we had no idea who we were. ”

Listen to the full interview below:

Halestorm is currently working on the band’s fourth studio album, alongside producer Nick Raskulinecz. The work should be released in the coming months by Atlantic Records.