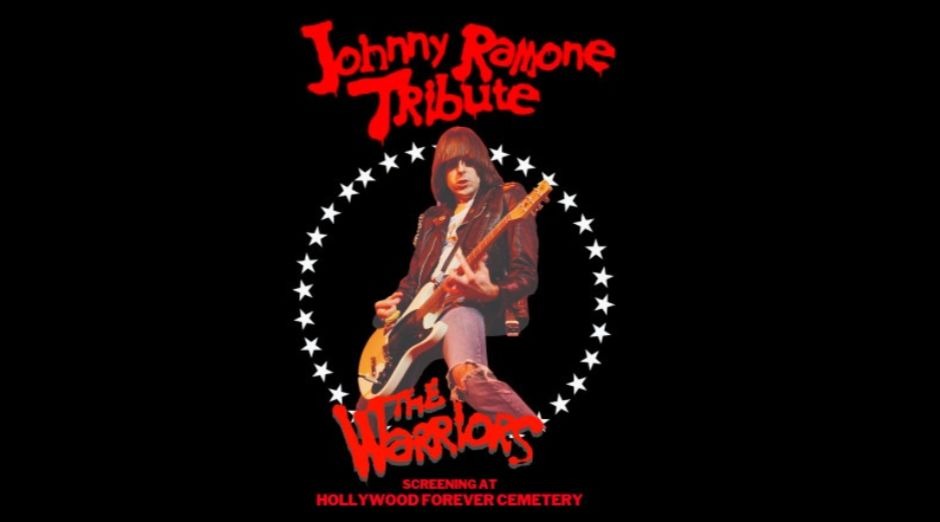 To keep the legacy of Ramones guitarist and founder Johnny Ramone alive, his widow Linda Ramone promotes a tribute each year at the Hollywood Forever Cemetery in Los Angeles. The event always gets big names from rock and celebrities, as well as featuring intimate performances and a movie screening.

This year’s tribute takes place this Sunday (11) and celebrates the 40th anniversary of the 1979 classic, The Warriors. There will be a special exhibit in the mausoleum featuring iconic photos of the punk universe and rare archive footage from Johnny Ramone.

Sex Pistols guitarist Steve Jones is one of the special guests who are scheduled to appear in Sunday’s tribute at the cemetery where other rock icons are buried, such as Chris Cornell, Scott Weiland and Dee Dee Ramone.

Previous editions have included sessions of The Night of the Living Dead, School Of Rock and Freaks. Personalities like Johnny Depp, Nicholas Cage, Priscilla and Lisa Marie Presley, Billy Idol and Eddie Vedder have all participated in the annual tribute.

In the video below, a performance by one of the distinguished guests, Billie Joe Armstrong of Green Day:

John William Cummings (October 8, 1948 – September 15, 2004), known professionally as Johnny Ramone, was an American guitarist and songwriter, best known for being the guitarist for the punk rock band the Ramones. He was a founding member of the band, and remained a member throughout their entire career.