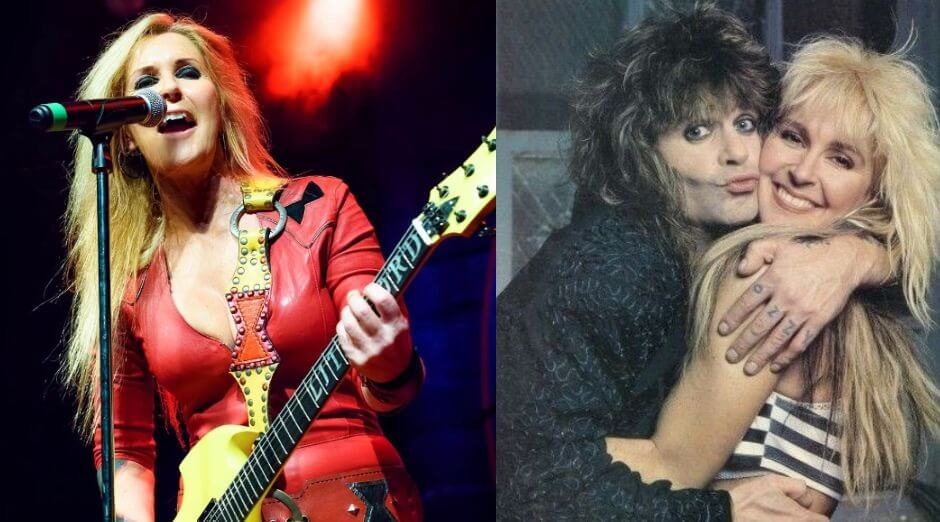 Lita Ford recalled how she and Ozzy Osbourne wrote their successful partnership “Close My Eyes Forever”. The musician explained in an interview with Sweetwater that the song was born in one night they were together.

Lita Ford said about how her successful song “Close My Eyes Forever” was created with Ozzy Osbourne:

“At the time, Sharon was my manager, when we wrote ‘Close My Eyes’ – ’87, late ’87, early ’88… And Sharon and Ozzy had come to the studio where I was recording and we hadn’t written the song yet.

“Ozzy and I were just playing pool, and Sharon left. She got bored and she left. Ozzy and I started making music. He came up with the idea for the song, and we went into this little closet-type area where we had an amplifier and a guitar and a keyboard setup. And we stayed in this little area until the sun came up, and we came out with ‘Close My Eyes Forever.’ It’s pretty funny, pretty amazing.”

The magic is the open strings and those clever little voicings you’ve got; and making the B and the high-E ringing a lot… 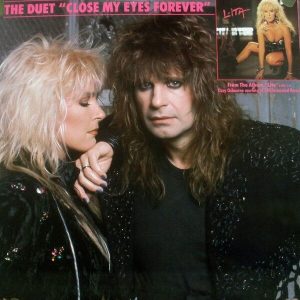 I especially love that it’s basically an F-major chord with the first finger off. Do you actually know what those darn chords are called or did you just do them because they sound good?

“I don’t know what half the chords are called. But I play. It’s just – if they work and they sound right, then here’s what they’re called. I mean, I don’t read music, and it’s one song that we wrote recently, it’s got some really weird guitar stuff in it. I don’t know what it is, but it works. We recorded it for the chorus, and for one of the new songs. It’s just really cool, but it’s totally wrong. That’s the cool thing with rock ‘n’ roll. There’s really no rules.”

Lita Ford also was asked about if she had any female influences in the beginning of her career and she said:

“It’s funny because I never really thought about the fact that, you know. You’re a girl, girls didn’t do those kinds of things back in the early ’70s and it never dawned on me.

“And then I used to invite everyone in the neighborhood – I was only 13 years old and everyone would come over. All the neighbors, neighbor’s husbands and wives. They would sit around in the living room and my mom would make lasagna.

“And we would play guitar. They used to say, ‘How come you can do that and we can’t?’. I would be like, ‘Well, I don’t know. how come you can’t?’ It just never made sense to me. It’s just something that came as second nature. But I mean, I did pick up a lot of stuff from all these great musicians in my past.

“And having grown up with them and then becoming one of the members of The Runaways, and actually getting to jam with these people. Meet these people and become friends with these people, it’s like, ‘Wow, okay, this was meant to be.'”