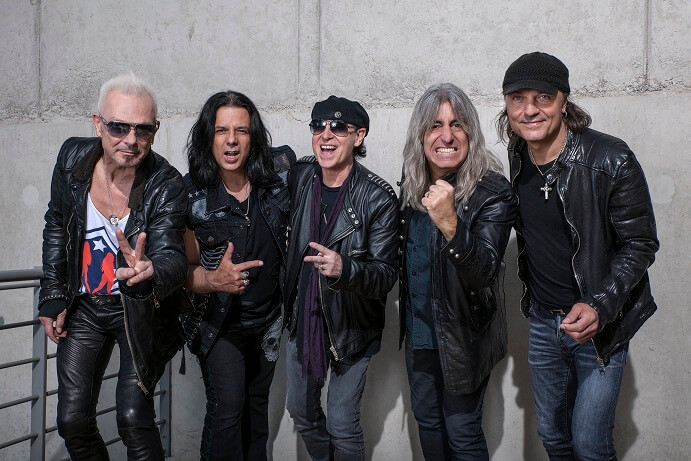 Scorpions released the first single from their upcoming collection, Born to Touch Your Feelings: Best of Rock Ballads.

A 2017 version of “Follow Your Heart” is one of three new recordings featured on the album, that will be released on Nov. 24. “Nowadays, ballads are the pinnacle of rock music,” said Scorpions frontman Klaus Meine. “If they’re well-written, they will go straight to the hearts of the fans.”

“The meaning of a ballad always goes deep.” It’s not surprising that a song like (1990’s) “Wind of Change” is received euphorically in the U.S. these days. The fans don’t connect the song to the fall of the Berlin Wall and the iron curtain but rather to their current situation, the desire for change and the hope for a world without nuclear threats and civil wars as well as the longing for peace.”

Guitarist Rudolf Schenker said that the band’s ballads have always been heavy influenced by popular as well as classical music. “Growing up, we didn’t really listen to Mozart or Haydn, but rather to Elvis, the Rolling Stones or Little Richard,” he noted. “But still, the more serious kind of music is what we were influenced by starting at a very young age. There’s no denying that.”