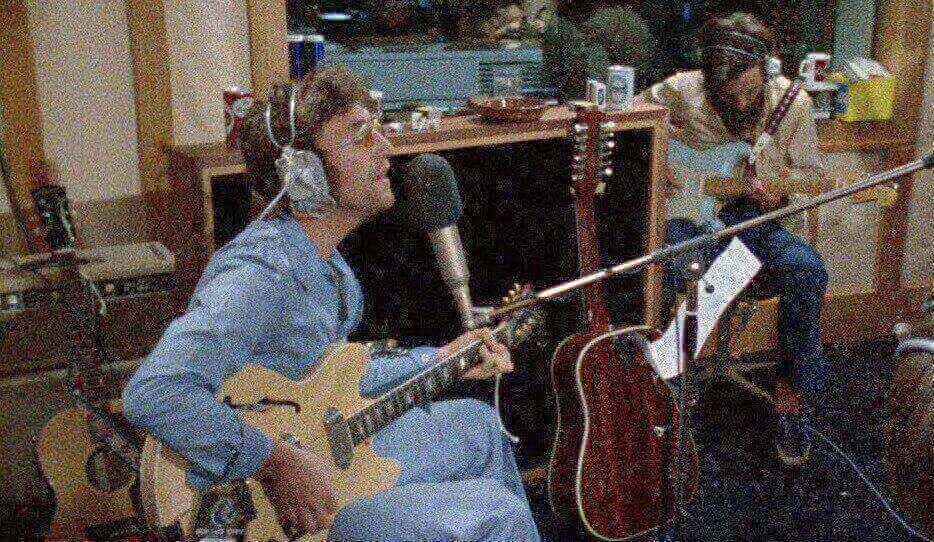 John Lennon and George Harrison are seen in studio recording the track “How do You Sleep?” In an unseen video released on Friday (21) to promote “Imagine – The Ultimate Collection”, special edition of Lennon’s solo album.

“How do you sleep?” is a controversial track of the career of the Beatle, since its letter full of poisonous comments addresses to the ex- companion of band, Paul McCartney. Lennon recorded the song in response to similar comments made by the friend in his own solo album.

The new special box dedicated to “Imagine” features six discs (4 CDs and 2 Blu-rays) and a total of 140 remastered tracks, including unreleased studio recordings, recordings errors and an audio-documentary that explores the creation of each song.

The release of “Imagine – The Ultimate Collection” by Universal Music on October 5.

John Lennon wrote “How Do You Sleep?” in the aftermath of Paul McCartney’s successful suit in the London High Court to dissolve the Beatles as a legal partnership.

This ruling had followed the publication of Lennon’s defamatory remarks about the Beatles in a December 1970 interview with Rolling Stone magazine, and McCartney and his wife, Linda, taking full-page advertisements in the music press, in which, as an act of mockery towards Lennon and Yoko Ono, they were shown wearing clown costumes and wrapped up in a bag.

Following the release of McCartney’s album Ram in May 1971, Lennon felt attacked by McCartney, who later admitted that lines in the song “Too Many People” were intended as digs at Lennon. Lennon thought that other songs on the album, such as “3 Legs”, contained similar attacks.