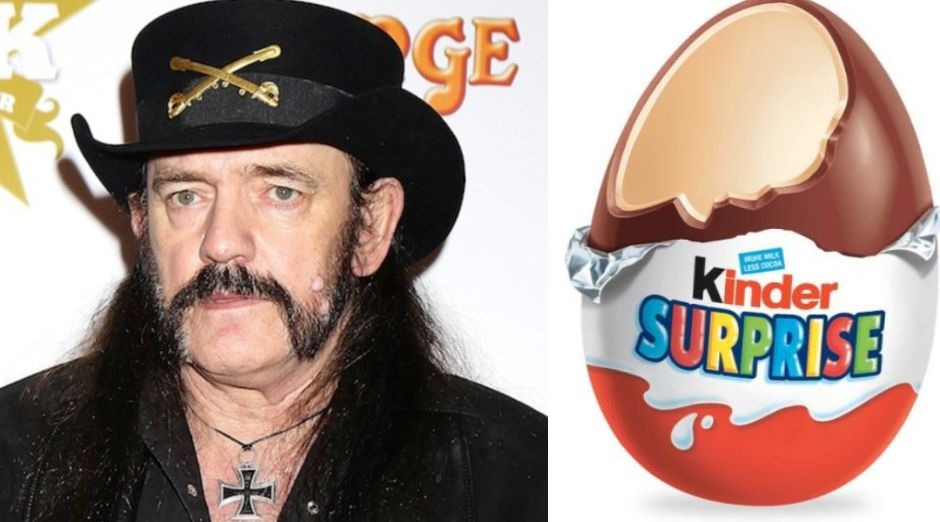 The legendary Motörhead bassist and vocalist Lemmy Kilmister love Kinder Eggs. He was a collector of the toys that comes with the chocolate. He required Kinder eggs before concerts in his dressing room.

Organizers were ordered to buy Kinder’s chocolates in packs of three. Because according to Lemmy the likelihood of a repeat toy was less probable. This instruction was just one of those contained in 34 pages of requirements of the rocker and his band. Which included wine, Bourbon and beer. Svei Bjorge, manager of the Norwegian summer festival in Steikjer, said once: ‘We think this is all a little strange. But Lemmy will certainly have his Kinder Eggs. Fortunately they are not sold here in Norway ‘. Lemmy always proudly displayed his toy collection in his apartment. 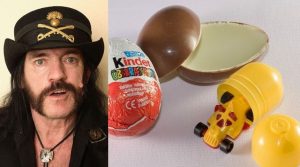 Kinder Surprise is a candy manufactured by the Italian company Ferrero since 1974. Each chocolate egg surrounds a plastic capsule that contains a small toy. Replicating an Italian Easter family tradition in which adults give children large chocolate eggs with a toy inside. However, Kinder Surprise toys have become collectible for adults as well. Since 1974, 30 billion Kinder Surprise eggs have been sold worldwide.

The Federal Food, Drug, and Cosmetic Act prohibits confectionery products which contain a “non-nutritive object”. Unless the non-nutritive object has functional value. Essentially, the Act bans “the sale of any candy that has embedded in it a toy or trinket”.